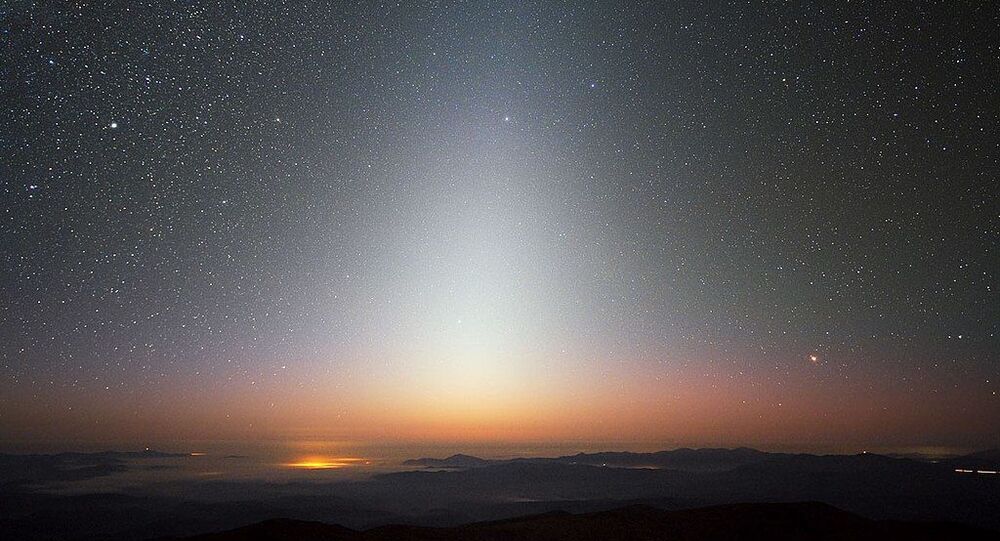 Fake Dawn: Spectacular 'Pyramid in the Sky' Phenomenon Looms on the Horizon for Stargazers

People who wish to observe the zodiacal light should be prepared to get up early and travel to a spot untainted by light pollution to fully appreciate the view.

Stargazers in the northern hemisphere are about to be treated to a peculiar phenomenon known as zodiacal light which is set to occur later this week.

According to weather forecaster AccuWeather, this phenomenon “looks like a dim, glowing pyramid in the sky in the hours leading up to sunrise,“ which earned it the moniker "false dawn."

This spectacle is caused by the light emitted by the Sun being “reflected off of a disk of dust dispersed across the inner solar system”, thus treating earthlings to a truly spectacular show.

As the Sun points out, people who want to enjoy this sight should be prepared to get up early, as sunrise “arrives no later than 7:00am BST each morning” and one needs to be awake about an hour before that to fully appreciate the view.

Also, viewers should probably chose a site away from urban areas so that light pollution won't hamper their observations.