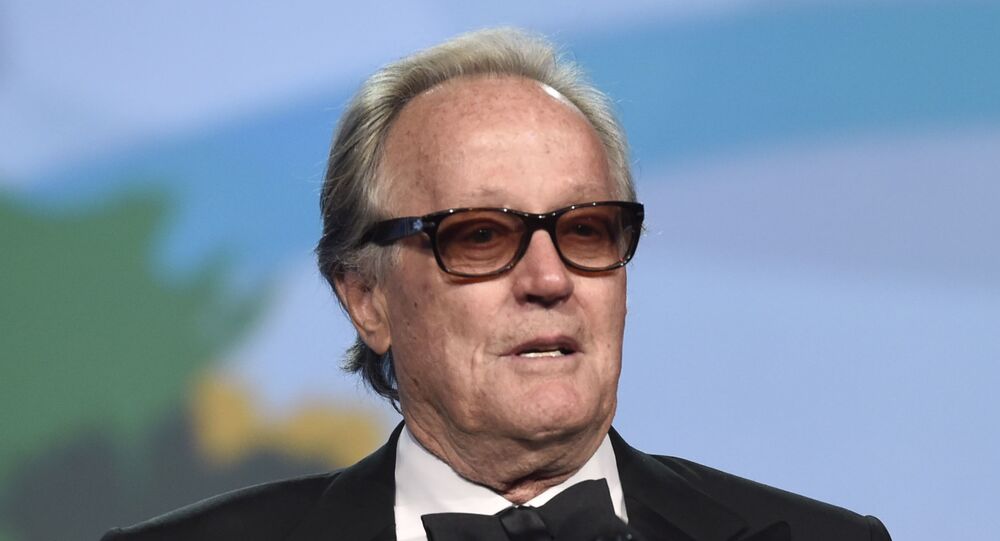 On Friday, the family of 79-year-old Hollywood actor Peter Fonda announced that he had died.

“It is with deep sorrow that we share the news that Peter Fonda has passed away", the family told People magazine Friday afternoon. “[Peter] passed away peacefully on Friday morning, August 16 at 11:05 a.m. at his home in Los Angeles surrounded by family. The official cause of death was respiratory failure due to lung cancer".

TMZ reported he had been "in and out of the hospital" in recent months.

“In one of the saddest moments of our lives, we are not able to find the appropriate words to express the pain in our hearts. As we grieve, we ask that you respect our privacy", they wrote, "and, while we mourn the loss of this sweet and gracious man, we also wish for all to celebrate his indomitable spirit and love of life. In honor of Peter, please raise a glass to freedom".

Fonda, whose sister is actress Jane Fonda and father actor Henry Fonda, was known in particular for Hollywood roles romanticizing life on the road. He was perhaps best known for playing the motorcycle-riding cocaine smuggler Wyatt in "Easy Rider", runaway thief Larry Rayder in "Dirty Mary, Crazy Larry", and himself in "The Cannonball Run". He won a Golden Globe award for Best Actor and was nominated for numerous other awards for his role as beekeeper and troubled parent Ulee Jackson in the 1997 film "Ulee's Gold".

More recently, Fonda grabbed headlines for comments he made about US President Donald Trump's youngest son, 13-year-old Barron. In June 2018, Fonda tweeted that “We should rip Barron Trump from his mother’s arms and put him in a cage with pedophiles", in response to news about "zero tolerance" child migrant detention practices by US immigration authorities. The comments drew widespread condemnation.