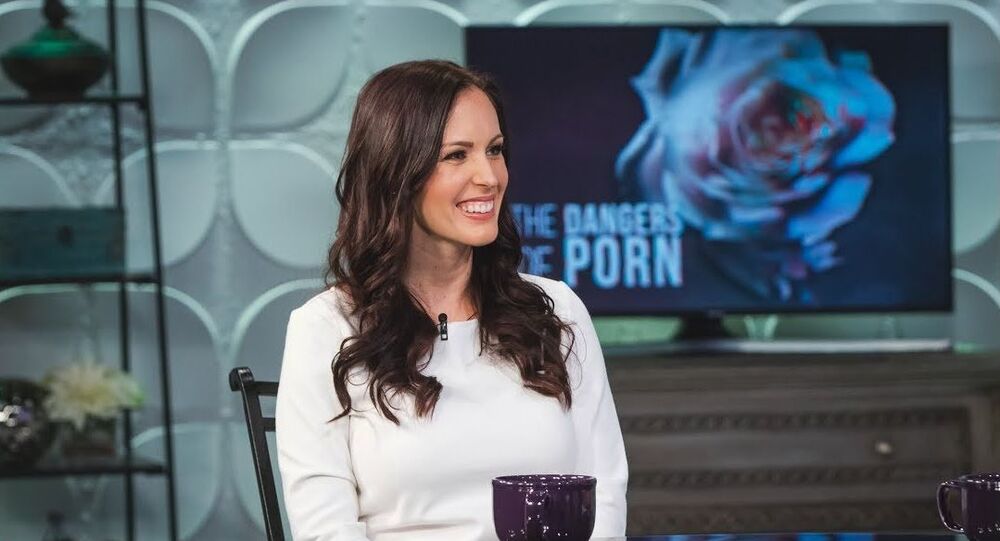 The porn-actress-turned-preacher authors her own personal website where she shares intriguing details about her journey to a completely different walk of life, ending her lengthy 10-year experience in the X-rated film industry.

XXXChurch was there for Brittni De La Mora when she was in the adult film industry. Now she and her husband are taking over as pastors. @BillyHallowell https://t.co/gfKnjmMj52

Currently preachers at the Cornerstone Church in San Diego, Brittni and Richard are anticipating huge promotion, preparing to become “the new faces of XXchurch.com”, as it follows from Brittni’s own website.

The couple, who are now expecting their first child, are replacing church founder Craig Gross as the new heads, noting that they are “humbled and honoured that God has called ” them to “this ministry” and going on to express gratitude both for “God and Craig” to have “entrusted” them with the new high-ranking position.

“We believe that God is going to do a new thing in this ministry. There have been so many lives that have been greatly impacted by the work of the XXXchurch.com, mine included, but God is not done yet”, the outspoken critic of her not-so-distant-past shared.

Craig Gross, who is leaving his post to promote his website called “Christian Cannabis”, which raises such talking points as the potential benefits of weed as well as offers a respective assortment online, noted on the church’s website that he had been collaborating with Brittni and Richard for quite some time, adding that their capabilities can “take the ministry further than he can now”.

“I am committed to working with them for the next 12 months during this transition behind the scenes”, Gross added.