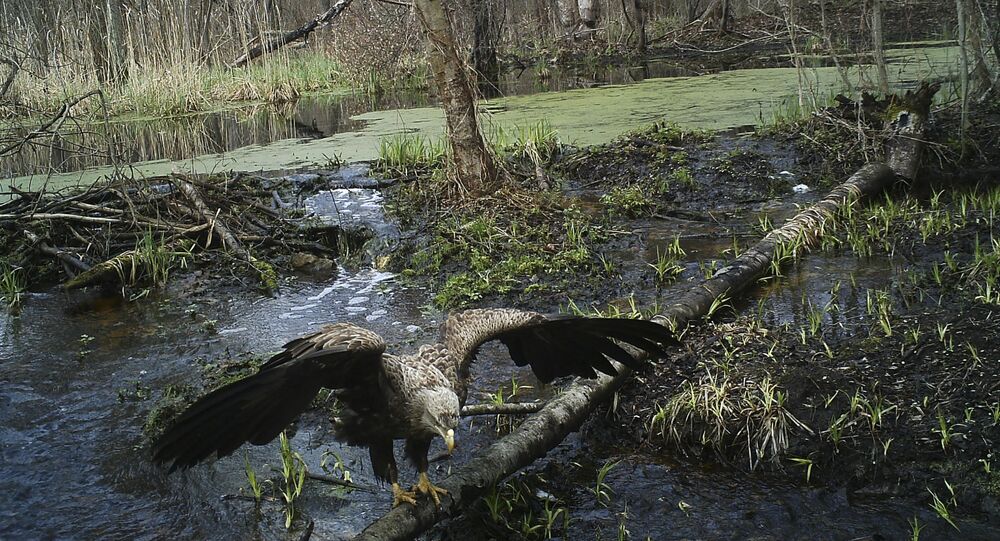 It might be time to step away from the computer and get some sunshine.

© Sputnik / Alexei Danichev
Happiness Can Be Heard: New Study Reveals Our Voices Affect Our Mood
at least 120 minutes a week in natural environments experience higher self-reported health and well-being than those who don’t get out at all. Previous studies have already linked spending time in nature to lower risks of heart disease, diabetes, obesity, asthma, mental health problems and overall mortality and to higher rates of health, happiness and cognitive development in children.

The study was based on data from around 20,000 people in England who recorded their activities from 2014 and 2016 as part of the Monitor of Engagement with the Natural Environment Survey.

“The pattern was consistent across key groups including older adults and those with long-term health issues. It did not matter how 120 mins of contact a week was achieved (e.g. one long vs. several shorter visits/week),” the study’s abstract notes. Spending less than 120 minutes in nature every week was not associated with improved wellbeing.

However, the research, led by the University of Exeter, does not necessarily prove a causal relationship between spending time outdoors and happiness. Although many other variables that could affect happiness (ex: urbanicity, neighbourhood greenspace, sex, age, socio-economic status, employment status, relationship status and ethnicity) were accounted for, it is nonetheless challenging to completely take into account all factors that could contribute to higher health and happiness.

However, the results are still telling.

“What really amazed us was that this was true for all groups of people,” said Mathew P. White, an environmental psychologist at the University of Exeter Medical School, the New York Times reported. “Two hours a week was the threshold for both men and women, older and younger adults, different ethnic groups, people living in richer or poorer areas, and even for those living with long term illnesses.”

“Nature is not like a pill you get prescribed by your doctor that you have to take in small doses every day,” White added. “What matters most is that you’re able to fit it into your lifestyle.”

The latest study could eventually be used to develop nature guidelines, similar to physical activity guidelines established by the US Department of Health and Human Services in 2008, which recommend at least 150 minutes of moderate activity a week or 75 minutes of strenuous activity.