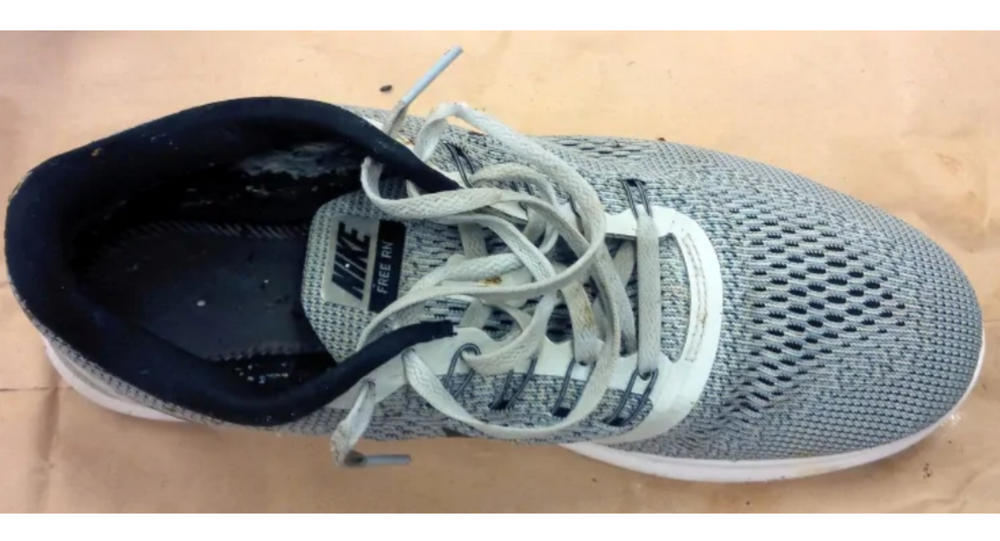 On Monday, Canadian authorities said they were unable to identify the person whose foot was found last year in a blue sock and gray Nike sneaker when it washed up on a local beach in Vancouver.

So far, the coroner's office has determined that the latest foot that washed up in West Vancouver belonged to a man. However, they have been unable to match the foot to an individual in a database containing missing people's DNA. A identification specialist has judged that the foot most likely belongs to someone under the age of 50, based on its bone structure.

"Typically, our process would be that we would work with any of the available information that we would find at a scene to help determine the identity, but, in this case, we've exhausted those options," Andy Watson, a spokesperson for the coroners service, told CBC News.

"So, now we're turning to the public, in hopes that we can get some information to help create a match and determine the identification," Watson added.

According to Watson, the left foot was found in a size 9.5 Nike shoe with Ortholite inserts. The shoe was manufactured between February 1 and April 17, 2017.

"I mean, certainly, it is an odd trend. One thing that we know is that these feet that are found — they're not linked to any sort of suspicious circumstance," Watson said. "I want to clear that up to make sure people are aware this isn't a cause for panic."

‘Something Quite New': Mystery Rumblings Off Mayotte Never Felt by Locals