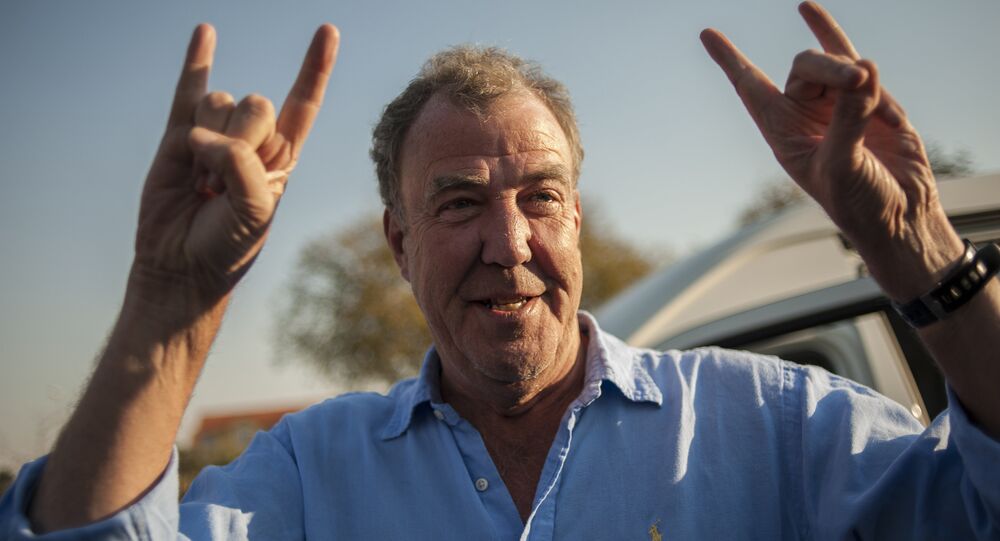 The episode in question, released on 25 January, featured the trio of presenters driving across Colombia to photograph animals.

Clarkson, a former Top Gear star, opted for a Jeep Wrangler, which co-host James May pointed out was a "very popular car with the gay community". Clarkson replied, "What is it — lesbian, bacon, transgender?"

Another co-host, Richard Hammond, then suggested that Clarkson should wear a proper outfit to better suit his vehicle — "maybe some nice chaps, suede but ventilated at the back" — with the song It's Raining Men, widely considered a gay anthem, playing on the Jeep's stereo.

Will Young, an openly gay British singer and actor, said he was "pissed and fed up" with the show. "I want Amazon Prime and the producers of Grand Tour to meet young LGBT [people] who want to kill themselves because of shaming and laughter and normalising of shaming homophobic narratives," he wrote in a scathing online rant, also threatening to report the show to Ofcom, the UK's broadcasting watchdog.

Clarkson, said he was sorry for "causing some upset" to Will Young and argued with a tongue-in-cheek comment, saying that he's not a homophobe as he enjoys "watching lesbians on the internet".

"Many gay people who'd seen the show said they couldn't see a problem," he wrote in a column for The Sun. "None of my leftie friends could either. One even said I should tell him to stop being so gay."

Well he is correct.

As someone who is apart of the LGBT community, a transgendered individual and had begun my public transition 14 years ago, I personally got a laugh from the grand tour. you just need to get a sense of humor and learn to deal. I am proud to be Lesbian, Bacon, and Transgender

‘Eat My P***y! Eat It!': US Woman Has Homophobic Tantrum at Nail Salon (VIDEO)