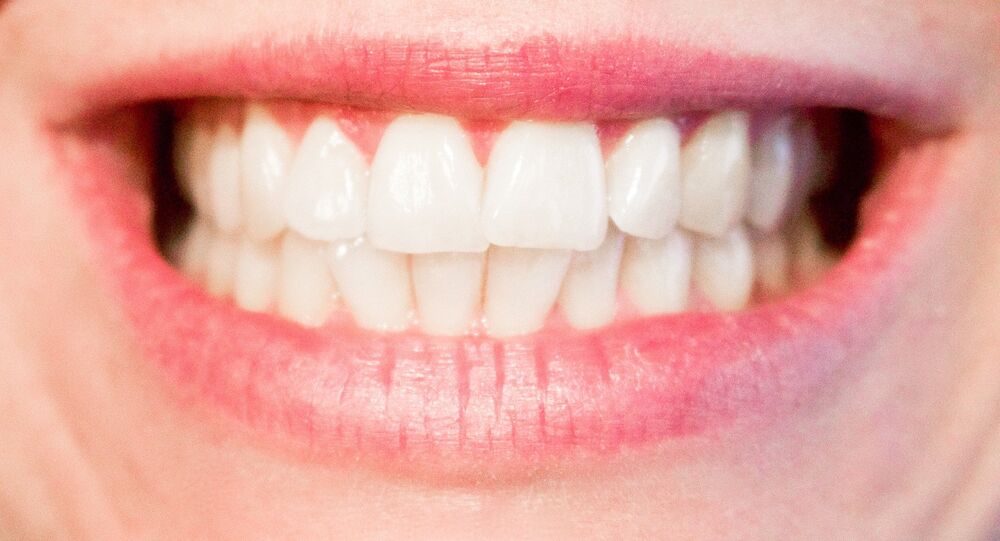 A group of physicists from the National Research Nuclear University (MEPhI) and the Prokhorov General Physics Institute has suggested a method to discover hidden tooth enamel microcracks and areas of pathogenic microflora accumulation using nanoparticles and a laser.

The research has been published by Laser Physics Letters.

Early diagnosis of caries and enamel microcracks is of great importance for the prevention of tooth diseases. Russian physicists have suggested a laser-induced fluorescent diagnostics method to cope with the problem. Teeth are treated with a special compound after which they are exposed to laser radiation.

"Our experiments involved the use of a laser electronic spectro-analyser and a fluorescence video imaging system. A model compound for the preliminary enamel treatment included aluminium phthalocyanine in the form of nanoparticles (nAlPc) and Protelan MST-35 (sodium myristoyl sarcosinate and sodium methyl cocoyl taurate; both are widely used in makeup and kinds of toothpaste)," Prof. Viktor Loshchenov of MEPhI told RIA.

© CC0
Dented Stash: 1,000 Human Teeth Found Buried Inside Building Wall in US (PHOTO)
The early research into the nAlPc colloid interaction with the surface enamel of the tooth enamel showed low-intensity of nAlPc fluorescence. According to researchers, this was due to a slight activation of the surface molecules of nAlPc by a pathogenic microflora. This is why an attempt was made to increase nanoparticles' sensitivity to microflora by the introduction of additional components. Measurements of the interaction of the model compound (nAlPc colloid and supplementary components) with the tooth enamel has shown that the high-intensity nAlPc molecule fluorescence appears in the enamel microcracks 3  minutes after being applied (as against 30 minutes previously). The high intensity of the fluorescence is accounted for by a preliminary activation of nAlPc by the surfactant as they meet pathogenic microflora.

Statistical analysis of the results revealed a statistically significant difference between the k dc (coefficient of diagnostics contrast) of the studied groups. It has been concluded that the method could be very useful in stomatology for detecting microcracks on the surface of "healthy" teeth.