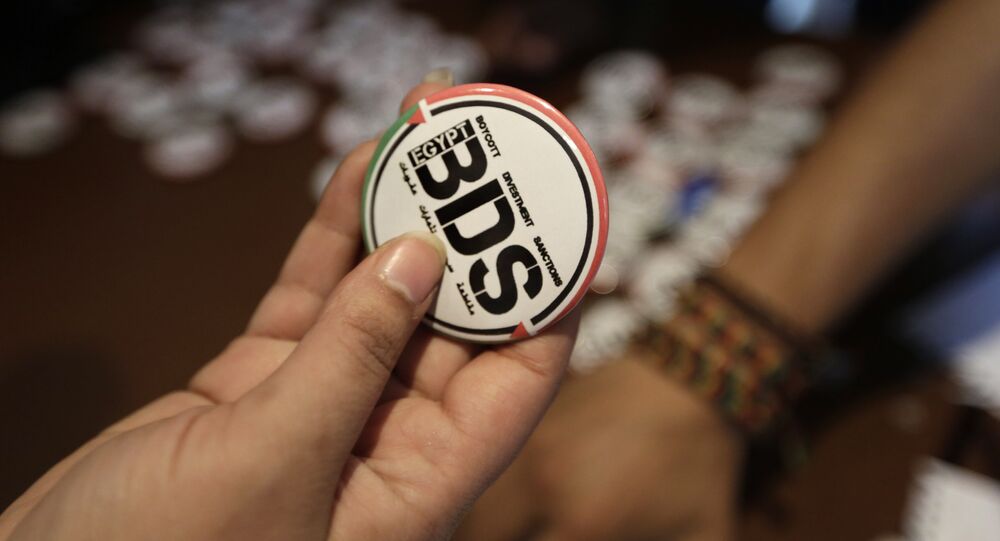 Canada’s largest student organization endorsed the Boycott, Divestment and Sanctions (BDS) movement on Monday, an international campaign to put economic pressure on the Israeli government to end its occupation of Palestinian land.

At its annual general meeting in Ottawa on Monday, the Canadian Federation of Students (CFS) approved the BDS resolution and also endorsed a statement condemning "the ongoing occupation of Palestine," Canadian Jewish News reported. The resolution further called for "a statement [to] be released to our membership condemning the recent atrocities against Palestinians in Gaza."

After years of organizing and education, the Canadian Federation Students has voted to endorse #BDS! The @CFSFCEE represents 500,000 university and college students across Canada. What a powerful Canadian victory for freedom, justice and equality! @JustinTrudeau — your move. pic.twitter.com/UTet1TFb0E

​The organization represents 530,000 Canadian students in 64 member unions across all 12 Canadian provinces.

The motion was passed the same day that lodging service Airbnb announced it would stop listing rentals in the West Bank and that Quakers in Britain voted to divest from firms doing business in the occupied territories of the West Bank, Gaza and East Jerusalem, the Jerusalem Post noted.

Those territories are considered occupied because Israel seized them from Egypt and Jordan during the Six-Day War in 1967 and has refused to abide by United Nations resolutions that regard its occupation and settlement of those territories as breaches of international law.

BDS is a nonviolent movement that seeks to pressure companies and institutions into divesting from business in Israel, to pressure consumers into refusing to buy goods made in those territories or that profit from them and to endorse international sanctions against the Israeli government, all in order to push it into compliance with international law and respect for Palestinian human rights.

In comments earlier this month, Canadian Prime Minister Justin Trudeau conflated the BDS movement, which is popular on university and college campuses, with antisemitism, the Huffington Post reported.

The CFS resolution included a pledge to support BDS activity and provide up to $500 of support via donations to pro-Palestinian organizations.

The move has drawn criticism by Jewish campus groups across Canada, which condemned the resolution as being "fueled" by hate and "counterproductive to peace."

"As Jewish Canadians and academics, we are disheartened by the amount of energy invested in disparaging Israelis, rather than creating spaces for those with competing narratives and historical experiences to come together to engage with complex issues like the Israeli-Palestinian conflict," Hillel Canada said in a statement.