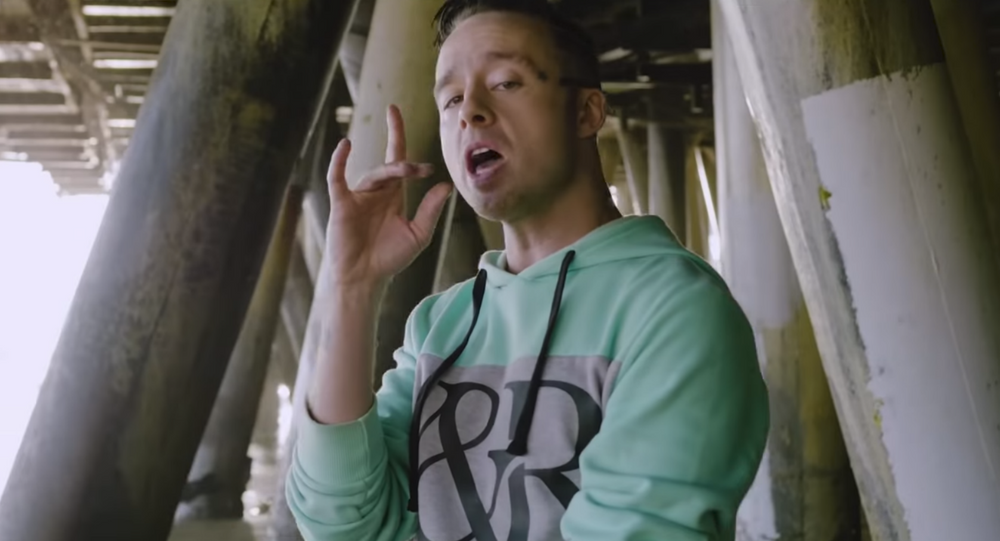 Canadian rapper Jon James McMurray was killed over the weekend as he attempted to execute a stunt that involved him walking on the wing of an airborne plane as he spit his verses.

A statement released by a representative of McMurray notes that the 34-year-old, Calgary-born artist had been training for months before disaster struck as he attempted the stunt while flying over Vernon, British Columbia.

"As Jon got further out onto the wing of the plane, it caused the small Cessna to go into a downward spiral that the pilot couldn't correct," the statement reads. "Jon held onto the wing until it was too late, and by the time he let go, he didn't have time to pull his chute. He impacted and died instantly."

"Jon was an incredibly passionate person and was always smiling. He filled everyone around him with positivity, and never spoke poorly about another person. He truly had a heart of gold," the release added.

The Cessna's pilot was later able to gain control of the plane and land safely. No other injuries were reported. McMurray's body was found in a farmer's field near the small community of Westwold.

"We were harvesting our 2018 corn crops and we — me and my mom — were in the house when we heard a plane dive bomb over top," local farmer Sydney Fox told Global News. "And then, not even an hour later, I get a call from my dad saying that there are people in our neighbor's field."

After getting off the phone with her father, Fox began searching for what she believed to be a missing dog — not the body of McMurray.

"I was driving down the edge of the field when I saw a red and black shape, so I drove up to it and found a dead body in the field… in a crater," she said of the discovery.

​McMurray posted footage on his Instagram account earlier this month of him practicing an airplane stunt while singing his song "The Man."

News of McMurray's death has caused a variety of reactions from netizens, with some criticizing the musician's management team, but others offering their praises of the artist and condolences.

The sun is not as bright today as it was yesterday when it was shinning on my homies last moments. Jon james Mcmurray, my very best, dearest and oldest friend passed yesterday evening in a skydive accident. He was living his ultimate dream, free and full. May he Rest In Peace. I’m gonna miss him so much. Thanks for all the lessons over the years fee. You where such a good man, you brought up everyone around you and I promise to try my best to live as free as you did. Take care of my girl Sarah up there homie. I love you. All my love to his family and people.

McMurray is survived by his wife, parents and brother. A GoFundMe page was launched on Monday to help McMurray's family cover the costs of his "Celebration of Life." The remainder of the funds will be used to foot the bill to finalize content McMurray had created prior to his death. Any money generated from his work will later be donated to charity.

An investigation by a coroner and the Transportation Safety Board of Canada is ongoing.