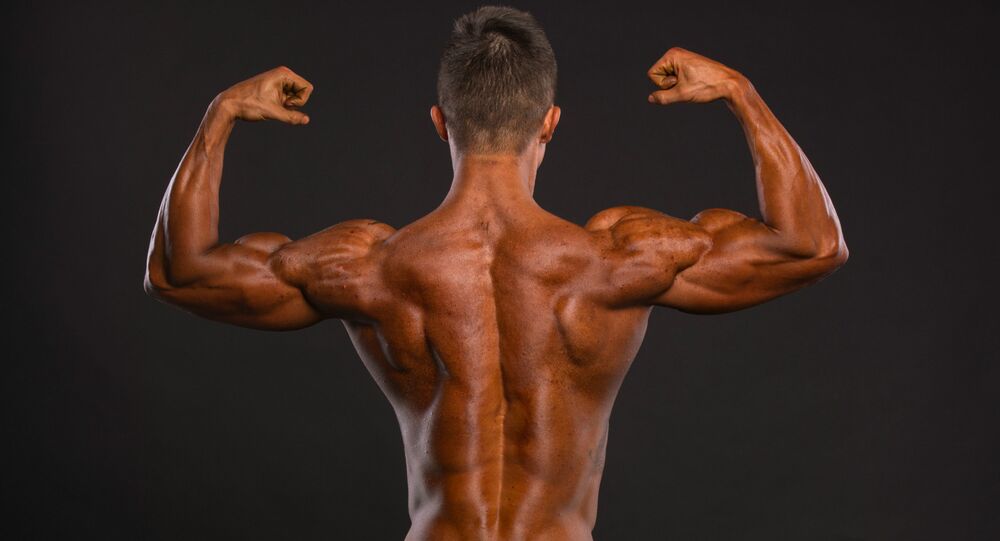 A study published in the September issue of the Political Psychology journal found that muscular men are more likely to favor an unequal society and a limited redistribution of resources.

Researchers from Denmark's School of Business and Social Sciences at Aarhus University came to the conclusion after sifting through data previously collected from 12 studies conducted between 2012 and 2017. Overall, officials tapped on data from more than 6,300 people who had their physical strength and political opinions documented.

Nearly 2,000 of the participants were identified as Danish, while the remainder were Americans, Venezuelans, Ukrainians, Poles and Belarusians living in Lithuania.

"The results challenge the belief that our political views are formed by logic and reason alone," Michael Bang Petersen, the lead study author, said in a statement. "Instead, our views seemingly reflect intuitions produced by a Stone Age mind."

The "Stone Age mind" Petersen refers to is a nod to the early days when one's physical strength and skill set played a larger role on where one sat on the hierarchy, dictating the resources and power an individual was handed. As the brawny prevailed, the weak inevitably carried on with fewer resources.

"This logic was adaptive under the conditions of our hunter-gatherer ancestors, as stronger men [t]here would have been able to secure resources on their own. But it's an irrational way of dealing with modern day political resource conflicts," said Lasse Laustsen, a study co-author.

Researchers also found that participants were still in favor of financial inequalities even if they, too, were struggling monetarily. According to officials, this group believed that an even distribution of wealth would ultimately hinder their financial capabilities and prevent them from maintaining their desired status in the long run.

Although the study did involve both men and women, researchers found no links between physical strength and political attitudes for women involved in the research.

Despite the fact that researchers were unable to conclude with absolute certainty whether or not it was physical strength that in fact affected one's political attitude, Petersen stressed that "there are strong indications that attitudes are actually shaped by physical strength and not the other way round."

As an added experiment, researchers also conducted an observation among a group of men who trained their upper bodies for a period of two months. Officials concluded that during this time, the selected participants "became more positive towards inequality."

The study was initially published on September 16, 2018.