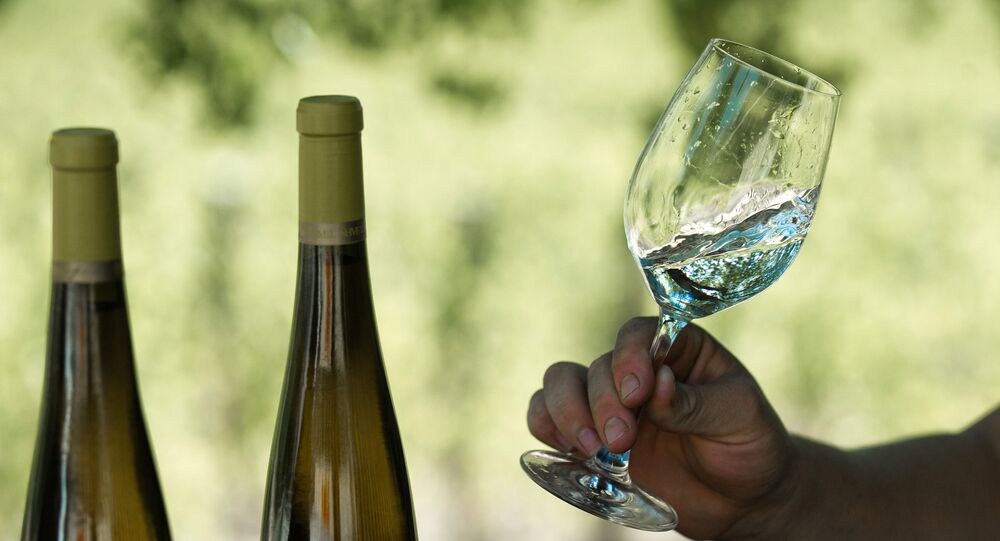 Mean Spirits: Burglar Snatches Grapes from US Winery Just a Day Before Harvest

Nighttime bandits committed an oenophilic crime this week, robbing the owners of a Virginia winery of a majority of their crops just a day ahead of their planned harvest.

And while no official suspects have been determined, Allison Dunkenberger, the co-owner of Firefly Hill Vineyards, told The Roanoke Times on Wednesday that whoever swiped the goods must have had prior knowledge of the vineyard's operations.

"We still can't wrap our heads around this… we're just in the grieving process," Dunkenberger said, before questioning why the crime was committed. "It's not a cutthroat industry."

Dunkenberger and her husband, David, took to Facebook earlier this week on Wednesday, revealing that the thieves nabbed between 2 and 2.5 tons of grapes on Monday night. The loss amounts to thousands of dollars and means eight months worth of work down the drain.

"All told in labor, supplies, crop and lost wine potential totaling about $50,000, gone," a post on the vineyard's Facebook account states. "What hurts the most is what they stole from my spirit and heart."

"Cherished memories spoiled by a bunch of low life, no soul, heartless excuses for human beings. I hope these individuals will read this. Please know a slow and lingering death will never be long enough for you, and no amount of pain you could endure will [be] great enough," the post continues.

After examining the grounds, less than 200 pounds of grapes were salvaged.

"You work your whole year for the harvest day, and we were about to have that," David told the Washington Post in an article published Thursday. "We were almost there, and somebody stole it."

"I can handle losing a crop to Mother Nature, but to come in and take my crop in the middle of the night and steal what we've worked for for eight months, that's disheartening," he added.

A police report was filed with the Montgomery County Sheriff's Office in Christiansburg, Virginia, this week.

"We've had cases of plants being stolen," Captain Brian Wright, spokesperson for the sheriff's office, told the Post. "The occasional shrubbery or ornamental trees, but we've not had a large case of crops."

For the time being, the winery will remain closed.

Wine Accident: Guests Talking in 'Pool of Blood' at US Embassy Move Festivities