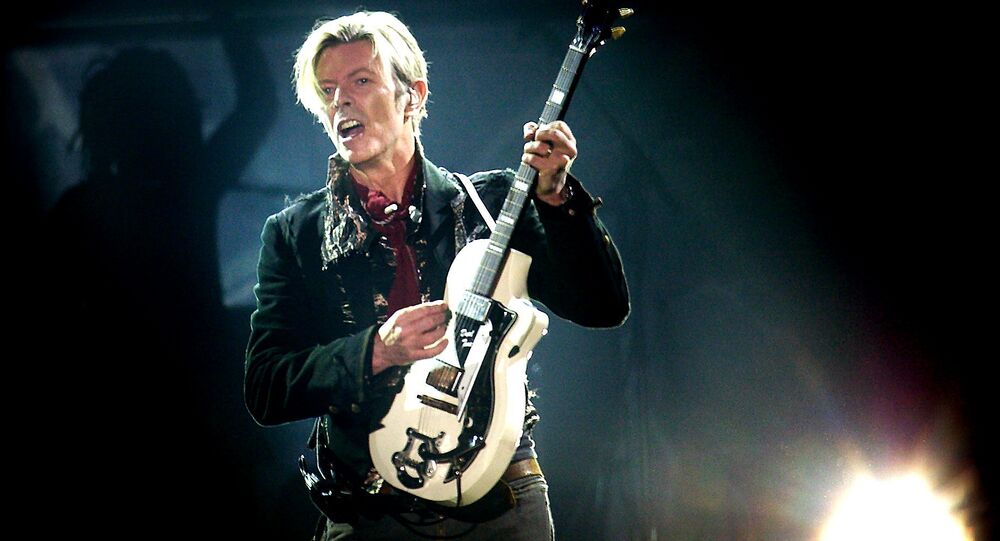 A David Bowie recording that the rockstar legend made as a 16-year-old with his first band, the Konrads, was recently discovered in a bread basket and is being put up for auction in England, where it is expected to yield around $13,000.

The 1963 demo tape features Bowie, who then went by his original name David Jones, singing "I Never Dreamed." The tape, which was rejected by record label Decca at the time, is now being sold by David Hadfield, the band's drummer, who found the tape in his loft — in an undisclosed location — sitting in a bread basket that had belonged to his grandfather.

"We had decided that we would do a couple of guitar instrumentals and one original song. I chose ‘I Never Dreamed' as it was the strongest; the other two were a bit weak. I also decided that David was the best person to sing it and give the right interpretation. So this became the very first recording of David Jones singing 55 years ago," Hadfield told Esquire Monday.

"There is no other recording of the demo featuring David as lead in existence. Decca initially turned us down, but when they eventually gave us an audition later that year, vocalist Roger Ferris was the lead voice, and David sang backing harmonies," Hadfield added.

The tape will be sold by Omega Auctions in Newton-le-Willows, a market town in Merseyside, England, in September. According to auctioneer Paul Fairweather, the tape is "completely unique and of great historical interest, being the earliest studio recording of a fledgling musician who would go on to super stardom," the Guardian reported Monday.

Over the years, Bowie collaborated with such rock music legends as John Lennon and Brian Eno. He sold millions of copies of his albums and singles worldwide. In 2000, the iconic artist was voted the most influential musician of the century by the British magazine NME. In addition, Bowie was ranked 29th in the 100 Greatest Britons poll by the BBC in 2002.

In January 2016, Bowie died from liver cancer in his New York City apartment, two days after his 69th birthday and the release of his album "Blackstar."