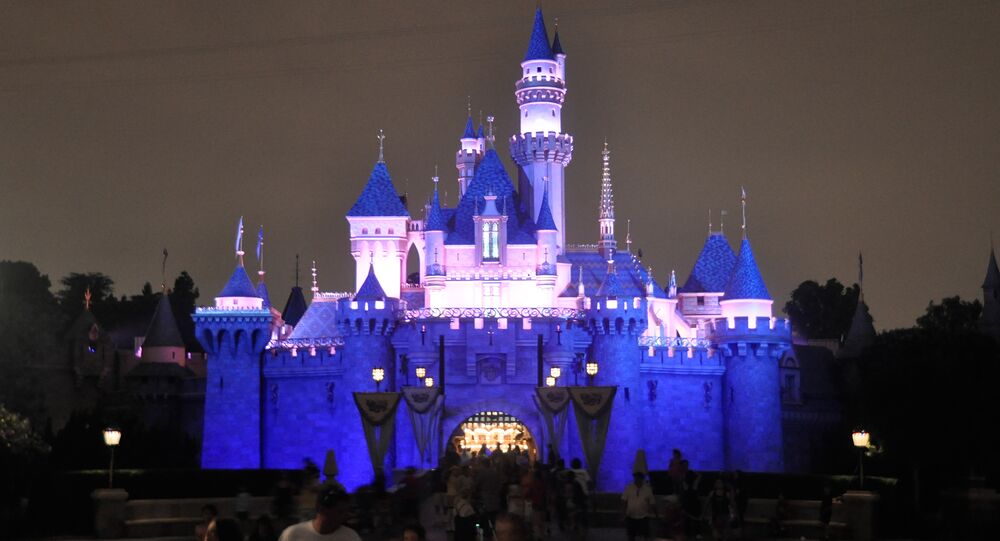 The demonstration was organized by a coalition of labor unions representing employees who work at the Anaheim, California, theme park. Disney employees are urging executives to raise wages for the resort's 30,000 workers, according to the LA Times. No less than three unions are currently involved in ongoing contract negotiations.

In a recent survey conducted by the Economic Roundtable and the Urban & Environmental Policy Institute at the LA-based Occidental College, 11 percent of employees at Disneyland and California Adventure Park claimed that they were homeless or had not had a permanent living arrangement for the last two years.

In addition, 73 percent of employees who responded to last month's online survey asserted that they do not earn enough money to pay for essentials like food, rent and gas.

One of the authors of the recent survey was banned from meeting with Disney chief executive Bob Iger on Thursday to discuss his the findings in his report.

"They refused to admit me to the shareholder meetings so I'm out here with the workers," said Dan Flaming, president of the Economic Roundtable, a nonprofit research organization in Los Angeles.

The unions have submitted proposed ballot measures to the Anaheim city clerk that would grant resort employees a minimum $15 an hour wage beginning January 1, 2019, with salaries rising $1 an hour every year until January 1, 2022.

Disney executives criticized the report, calling it lies because only a limited number of union workers participated in the survey. The company also claimed that resort workers are paid some $37,000 a year, about $18 per hour.

Many workers refuted the claim, including one 59-year-old, five-year full-time employee who trains food service workers at the amusement park.

The employee noted that she still makes just $11.50 an hour at Disneyland and is now on food stamps, according to Bloomberg.com.