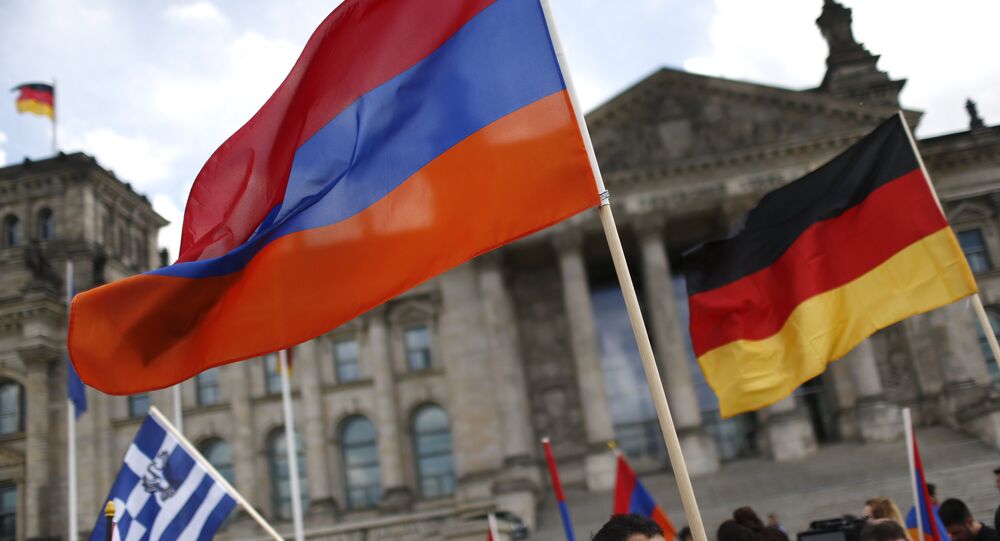 On Thursday, the Tweede Kamer, the lower house of the bicameral Netherlands parliament, approved two motions recognizing the atrocity known as the Armenian genocide of 1915.

One of the motions states that Tweede Kamer "recognizes the Armenian genocide," while the other motion states that the Dutch minister or Dutch Secretary of State will attend an upcoming genocide commemoration in Armenia in April.

According to ANP, the motions will likely frustrate an already tense relationship between Turkey and the Netherlands particularly as The Hague prohibited Turkish ministers from campaigning in the Netherlands for a previous Ankara referendum that successfully awarded the increasingly autocratic Turkish president, Recep Tayyip Erdogan, additional executive powers in the country.

"We cannot deny history out of fear of sanctions. Our country houses the capital of international law after all, so we must not be afraid to do the right thing here too," Dutch politician Joël Voordewind said Friday.

In 1915, hundreds of thousands of Armenians, including women and children, were murdered by the Ottoman Empire, the precursor nation to modern-day Turkey. According to Ankara, the genocide was not premeditated, as the Turkish government continues to mount claims that Armenians were a danger because they were fighting alongside Russia, an enemy at the time.

According to RTL Nieuws, when Germany officially recognized the Armenian genocide, there were what are now considered to be state-sponsored protests in Turkey.

Pope Francis, the current leader of the Catholic church, recently referred to the 1915 Armenian genocide as the first large-scale massacre of the 20th century, The event resulted in a souring of the relationship between Ankara and the Vatican.