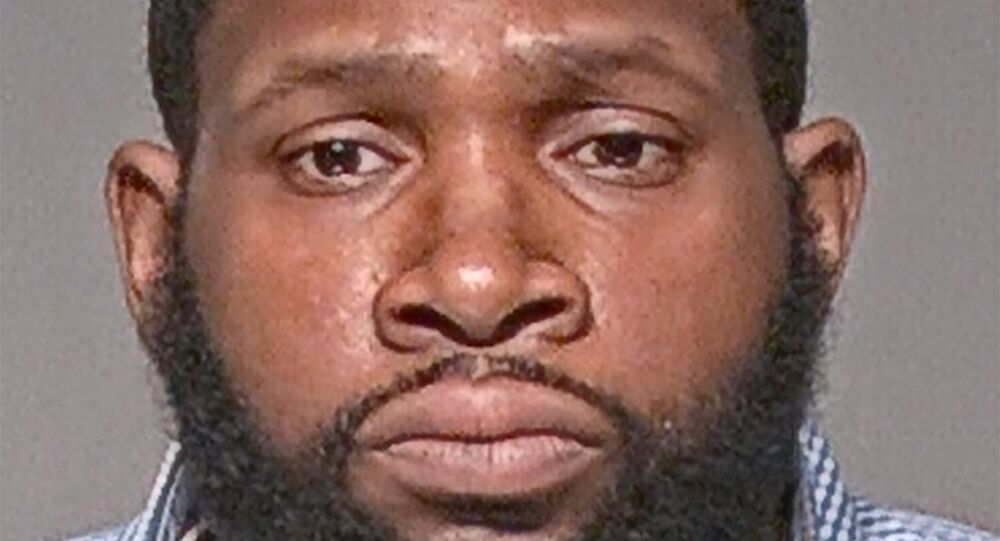 Three Milwaukee County Jail staffers were given felony charges Monday for their involvement in the 2016 death of a mentally ill inmate, Terrill Thomas, who was denied water for a week as punishment for bad behavior.

The charges came less than a year after an inquest inquiry evaluated evidence from prosecutors claiming that employees of the jail regularly deny unruly prisoners water as a form of cruel punishment. At the time of Thomas' death, the jail was overseen by conservative activist Sheriff David Clarke, who retired in August 2017 to join a committee supporting US President Donald Trump.

​"The charges ended up for two of the officers in the jail: one who ordered Thomas removed from his general population unit to the punishment unit and then the officer that turned off the water faucet. They were both charged with neglect of Thomas. The jail commander at that time was charged with obstructing the investigation for apparently lying about the investigation to the prosecutors," Peter Koneazny, the litigation director for the Legal Aid Society of Milwaukee, told Radio Sputnik's Loud & Clear.

Lt. Kashka Meadors and Correctional Officer James Ramsey-Guy, who are each charged with neglecting an inmate, moved 38-year-old Thomas into a solitary confinement cell in April 2016 after he used his bedding to clog a toilet and flood his jail cell in the special needs unit, where he was initially placed due to his bipolar disorder.

He was found dead in his cell a week later, having lost 35 pounds due to "profound dehydration" after being denied any liquid for seven days.

"What happened with Thompson was not intentionally depriving him of water. It was initially removing him from a cell he had flooded. This is where the mistake started. He was punished for behavior related to his mental illness — bipolar disorder. He was put into the segregation area with orders to turn his water off, presumably so he wouldn't flood another cell until he learned how to behave himself. Nobody realized that it was turned off all that time. The people who turned it off assumed that someone else would know to turn it on," Koneazny told hosts John Kiriakou and Brian Becker.

Sheriff's Maj. Nancy Evans, the jail's former commander, was charged with felony misconduct in office and misdemeanor obstruction after lying to investigators about how long Thomas was denied water and withholding surveillance video that showed water being cut off to Thomas' cell and not being turned on again.

"My understanding was that Thomas was pretrial at that stage. Therefore, he was considered to be innocent until proven guilty and even if he had been convicted, he was in jail for his sentencing," Michelle Gross, president of Communities United Against Police Brutality, told Radio Sputnik. Thomas was arrested on April 14, 2016, after shooting a man in front of his parents' house and then shooting a gun inside the Potawatomi Hotel and Casino in Milwaukee. According to family members, Thomas committed these actions during a mental breakdown.

"You [prison officers] don't get to add things on, like not providing people with medical care, starving people, depriving them of water and sleep and the other kinds of abuses that we often see. That's extrajudicial punishment, that is unacceptable, illegal and a violation of human rights. It's appalling, frankly," Gross said.

"There was also a second layer of negligence, which is that this gentleman [Thomas] didn't have access to mental health services and care so that he could change his behavior or have his behavior controlled in other methods. You can't punish someone with mental health issues for acting out because of those issues. This was a wrongful death and it's pretty close to murder," Gross said.

Inmates have been mistreated by jail staff at the Milwaukee County Jail for years. Clarke was notorious for waking up inmates with bullhorns and treating unruly prisoners harshly. A 2014 Journal Sentinel investigation found that 10 inmates died in Clarke's jail between 2008 and 2013. Many of those inmates died from health problems in jail that were neglected. Some were in jail for traffic violations.

Since Thomas' death in April 2016, seven more inmates have died.

"We have been watching David Clarke for quite some time. He believes that you have to lock people up under very harsh treatment. He is atrocious," Gross told Radio Sputnik.

According to the Washington Post, Thomas' family filed a civil rights lawsuit in a federal court stating that Thomas "was subjected to a form of torture."

US Doctor Accused of Molesting Female Gymnasts, Sentenced to Years in Prison