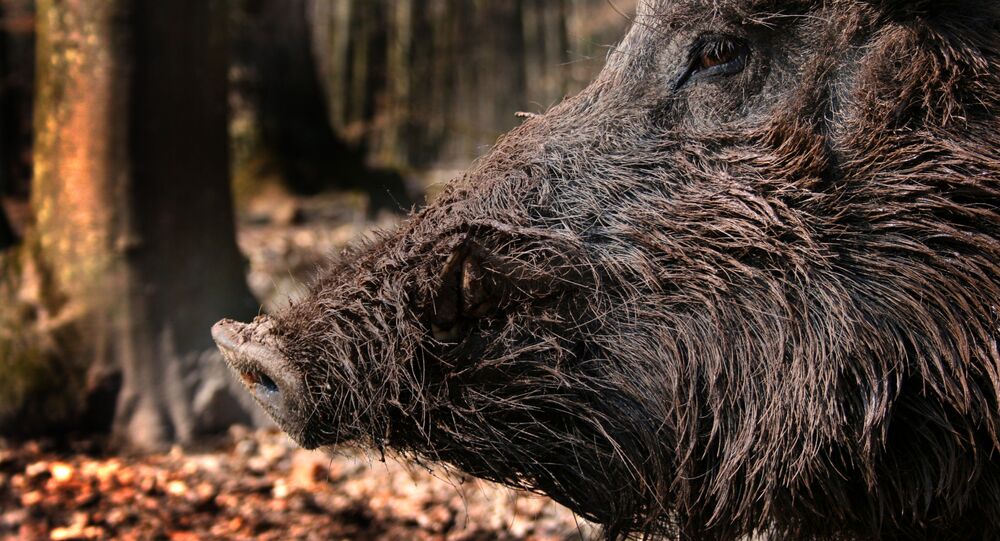 A Polish man was ecstatic after discovering his animal friend, feared lost forever, passed out at a local farm, drunk on fermented fruits.

The tamed boar, named Chrumek, is owned by Pawel Kowalski, a forest scientist from the town of Kolo, central Poland. According to Polish media, Chrumek ran away about a week ago after getting into a fight with another boar and damaging his enclosure. Kowalski, convinced he would never see his pet again, was pleasantly surprised earlier this week after his boar was found, safe and sound, at a nearby farm.

Amid his adventures, Chrumek apparently came across a delicious store of fruit for homemade wine, dug in, and fell asleep. A local farmer found the boar and called Kowalski to ask him to pick up his animal, who had begun to sober up.

Later, Kowalski explained to social media followers that his four-legged friend had lost his mother when he was just a piglet, forcing him to nurse the animal with a bottle of milk. According to the forester, Chrumek loves bellyrubs.