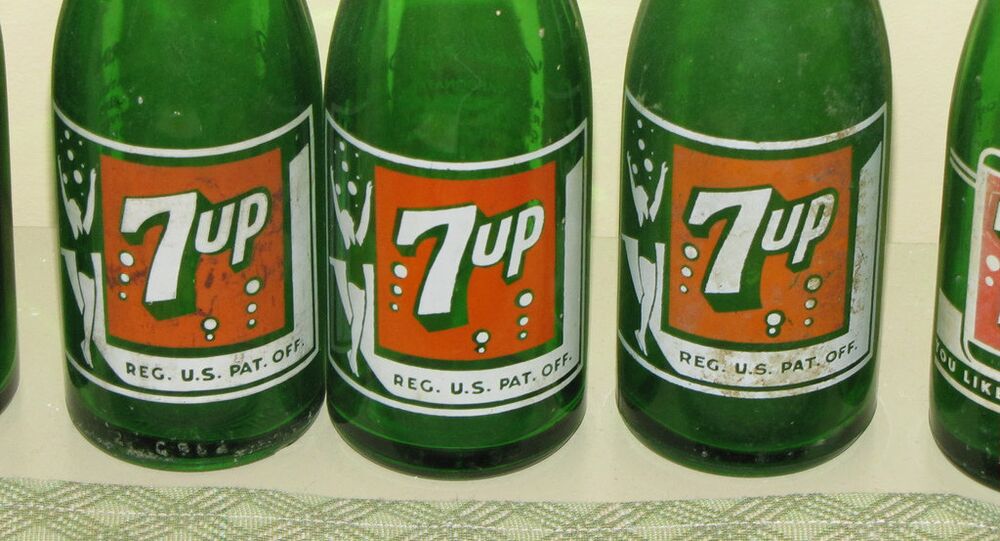 US health officials in Arizona issued a warning to travelers heading to Mexico after a batch of 7Up bottles laced with methamphetamine surfaced in stores in Baja California.

The reports about 7Up bottles contaminated with meth surfacing in Mexicali, Baja California, prompted the US health officials to issue a warning to people traveling to the country.

At least one person died and seven people fell ill after ingesting the contaminated drink, the Coloradoan newspaper reports citing the Attorney General of Justice of the State of Baja California.

© AFP 2021 / Paul J. Richards
'It's Juice': Teenager Drinks Crystal Meth in Front of US Border Police and Dies
According to US-based hospital network Banner Health, consuming a beverage laced with methamphetamine “may result in life threatening illness,” and the symptoms of such poisoning may include irritation of, or abnormal taste in, the mouth; a burning sensation in the esophagus or abdomen; nausea; vomiting; difficulty breathing; and a fast or irregular heartbeat.

The drug was discovered in 2-liter 7Up bottles, though at this point it remains unclear exactly how this contamination occurred.

Chris Barnes, spokesman for Dr. Pepper Snapple Group which is the 7Up distributor in the US, stated that "none of the 7Up products sold in the U.S. are affected by the issue being reported in Mexico," the Coloradoan adds.