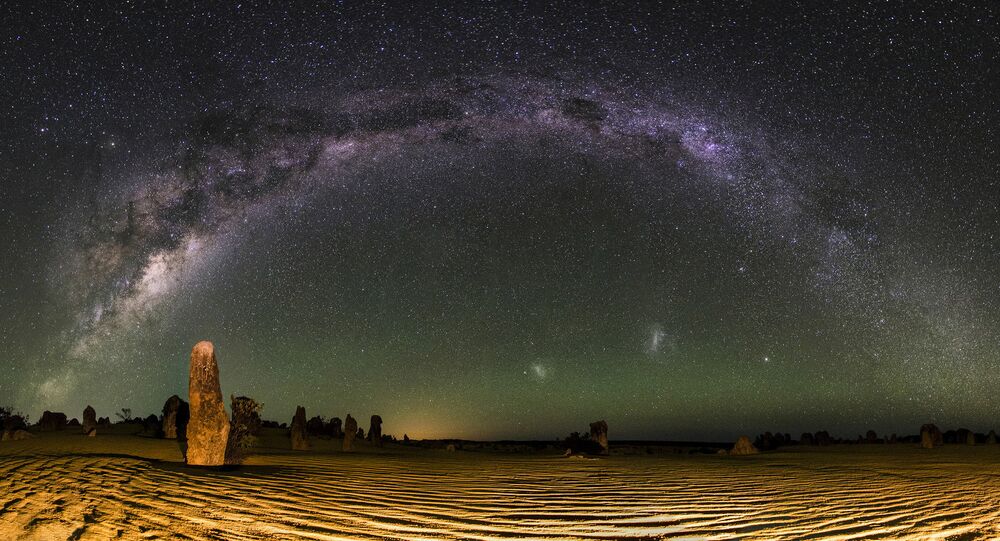 No stellar observatory has yet been able to snap a picture of a black hole because they are so, well, dark. But researchers will nonetheless make the attempt by activating a telescope network in April that may finally get a coveted first photograph of the mysterious celestial body.

Radio receivers stationed across the South Pole, Hawaii, the Americas, and the French Alps, together are creating an array that will serve as a ‘virtual telescope’ — the Event Horizon Telescope.

The resolution provided by the use of multiple receivers purports to be "the equivalent of being able to see a grapefruit on the surface of the moon," Science Alert noted. Scientists will first aim for Sagittarius A*, a black hole within the Milky Way galaxy.

Astrophysicists hope to find a ring of light around a dark circular mass, the determining factor for whether the experiment will be successful.

If Einstein is right, according to researcher Feryal Ozel, a crescent should appear. "The rest of the ring will also emit, but what you will brightly pick up is a crescent," Ozel said.

Further, using Einstein’s general relativity equations, researchers can anticipate the size of the black hole’s shadow in deep detail. Thus, if researchers are able to get a measurement of Sagittarius A*, and it turns out to differ from the predicted shadow size, they could possibly be looking at evidence that Einstein’s theory was either inaccurate, or incomplete.

"I don’t expect that is going to happen, but anything could happen and that’s the beauty of it," another researcher said.