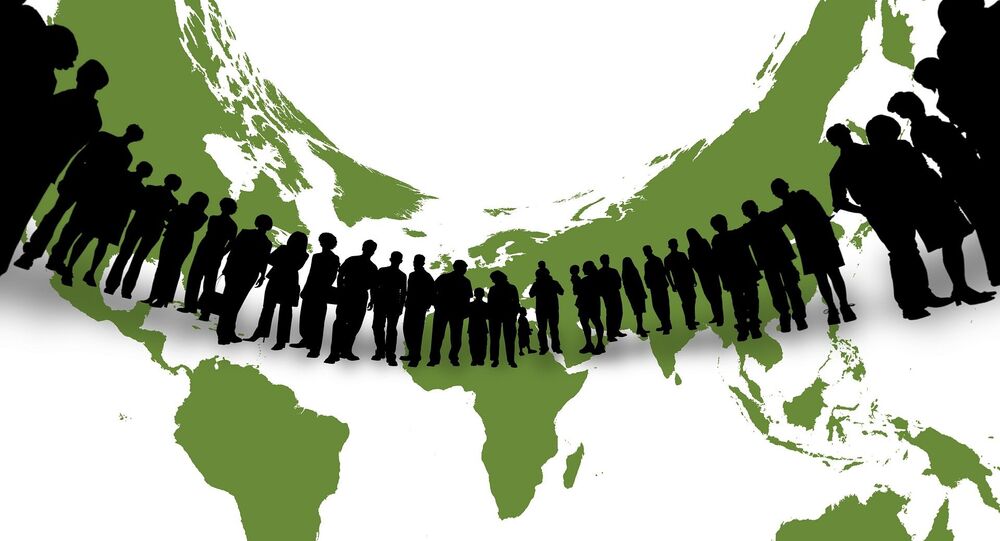 Archaeologists believe that the earlierst human migrations across continents began over 2 million years ago. A mass exodus out of Africa has been predicted as a result of climate changes all the way to later years, where populations spilled across Asia and arrived on new continents and islands to make their new homes.

Fast forward a few thousands years and the cause of mass migration today may be more man-made. The impact migration is having on infrastructure in each country people travel to — as well as on public opinion as a whole — is very different to what it may have once been.

Today a significantly larger quantity of people are fleeing devastation caused by political conflicts. A proportion of them are also traveling with the hope of economic betterment in search of a higher standard of living for themselves and their families. Yet there is diminished sympathy for immigrants today, especially when analyzing the current situations in Europe.

It is worth wondering whether majority public opinion would be the same if the mass exodus of populations was once again caused as a result of climate change issues as it did many thousands of years ago. The same level of economic pressures would be put on countries and just as with war, civilians would be escaping in desperation and with very little control on the circumstances occurring around them.

Collaborative research project by @RunnymedeTrust @OfficialUoM @Cambridge_Uni on the history of #Migration in the UK https://t.co/jGQr2zszeq

There have of course been a number of major battles that have occurred between cultures and territories throughout the history of the world, and as a result of these there would have been similar migration trends that occurred, albeit on smaller scales.

However, if as scientists have found that climate change has been the biggest cause of mass exodus in the past, it could well be likely that environmental issues could again cause a similar trend on world population movements in the future.

In both instances, whether whole communities migrate and leave their previous homes and livelihoods behind due to conflict or be it due to natural disasters, wider international compassion and collective responsibility must certainly be the standard response.

Maybe what we are witnessing in Europe for example, is simply a practice drill for what could happen at any point in time during mankind's future on Earth.

Just visited the display of life jackets by NGOs to highlight the plight of refugees crossing the sea into Europe pic.twitter.com/U7e5ZDBHBa

The likes of Elon Musk and his ambitious mission to Mars, may just be onto something beyond scientific progression with regard to a prospective future need.

Migration needs may cross way beyond countries and continents and may be required on an interplanetary level, for when a trip to other habitable planets could be our only means of survival.

"There are certain problems that I care about, and those are the things that I invest in to help solve." — Elon Musk pic.twitter.com/P8NfXVpbGJ

If so… the elites of the world and those with the money to afford the trip are set to prepare a little more than just visa papers and passports.