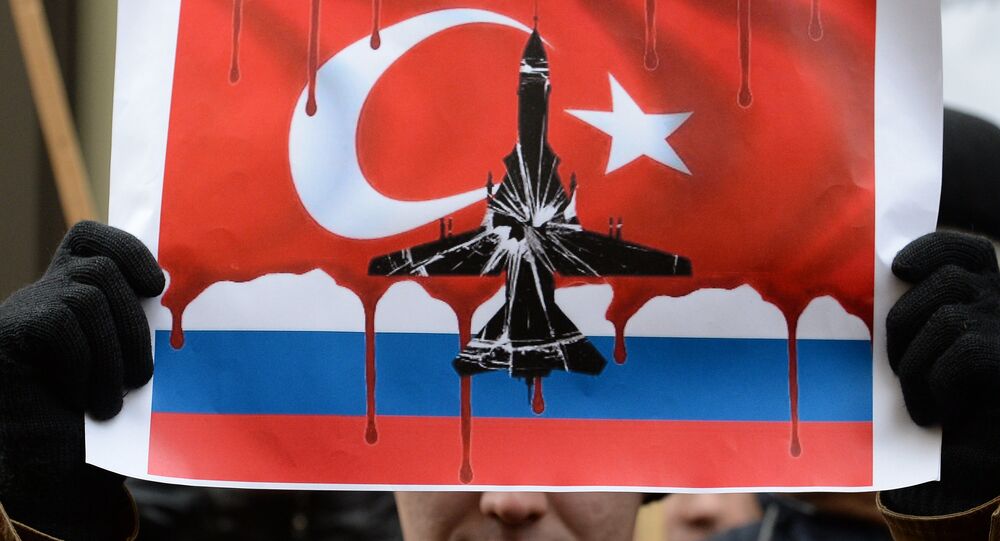 Some 79 percent of people in Russia believe that Ankara's apology for the downing a Russian Su-24 attack aircraft was offered too late, a poll conducted by the Russian Public Opinion Research Center (VTsIOM) and published on Monday found.

MOSCOW (Sputnik) — In late June, Kremlin spokesman Dmitry Peskov said that Turkish President Recep Tayyip Erdogan, in a letter addressed to Russian leader Vladimir Putin, apologized for the downing of the Russian Su-24 attack aircraft by a Turkish jet in November and extended his condolences to the family of the pilot killed in the incident.

Some 71 percent of respondents believe that for the full normalization of Russian-Turkish relations, Ankara should meet a number of conditions, including the payment of financial compensation, ensuring those responsible for the incident are held accountable and more favorable conditions for Russia in bilateral cooperation.

© Sputnik / Alexei Druzhinin
Rollercoaster Relations Between Turkey, Russia Taking on Curious Forms
The poll also found that at least 42 percent of the Russian public believes that the restrictive measures imposed by Moscow on Ankara in response to the incident were insufficient.