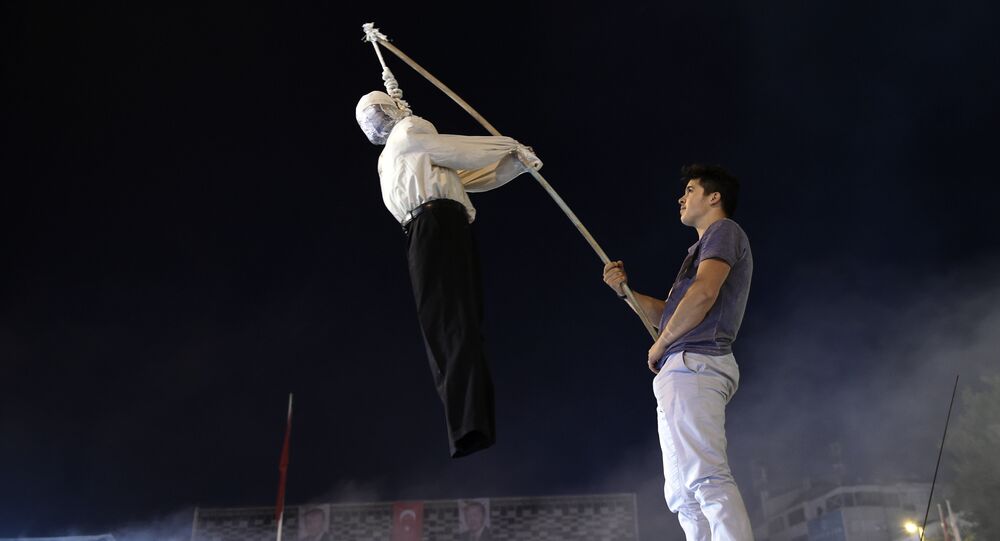 An international human rights advocacy group warned on Monday that human rights were in danger in Turkey following the military coup attempt.

​"The coup attempt unleashed appalling violence and those responsible for unlawful killings and other human rights abuses must be brought to justice, but cracking down on dissent and threatening to bring back the death penalty are not justice," Amnesty International’s Director for Europe and Central Asia John Dalhuisen said in a statement.

The group urged the Turkish authorities to respect the rule of law as they carry out the necessary investigations.

"Mass arrests and suspensions are deeply worrying in a context of increasing intolerance of peaceful dissent on the part of the Turkish government, and there is a risk that this crackdown will be extended to journalists and civil society activists," Dalhuisen added.

Over 290 people were killed and hundreds were injured during the events, while nearly 6,000 people have already been detained.