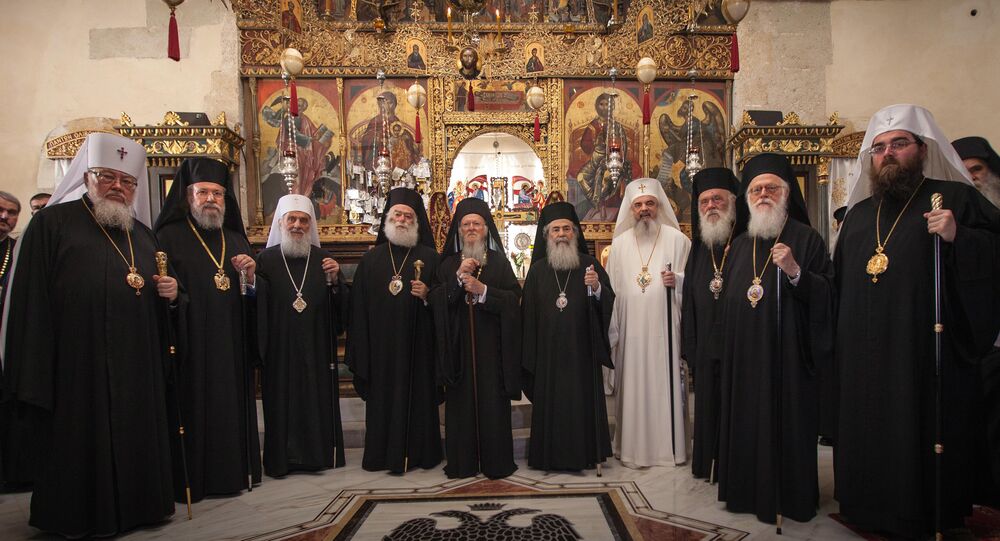 Budget of Orthodox Churches Council Amounts to $2.8Mln, 60% From US Donors

The budget of the council of Eastern Orthodox Churches underway on the Greek island of Crete has amounted to 2.5 million euros (some $2.8 million), including $1.5 million from US donors, the Greek Orthodox Archdiocese of America said Tuesday.

© AFP 2021 / JOEL SAGET
Pan-Orthodox Council Decisions Cannot Be Binding for All Orthodox Churches
KOLYMBARI (CRETE) (Sputnik) — According to Father Alexandros, the US funds have come from non-state sources only, and the US government was involved neither in organizing nor in financing the Council.

"It is 2.5 million euros. All these are funds from donors, mostly from Greeks living in the United States and Greeks in Greece itself. Donors from the US have provided 1.5 million euros, from Greece — one million," Reverend Father Alexandros Karloutsos, the assistant to the archbishop for public affairs, told RIA Novosti.

A significant part of budget has been allocated to communications, transport and security measures. Father Alexandros noted that the Greek government had provided the Council with police forces to maintain order, as well as with vehicles and infrastructure.

The historic meeting of Orthodox Churches, which is due to end on June 26, has been on the ropes after the four churches have refused to take part in the historic council after disputes about the agenda and the date of the event. The Serbian Church has also insisted on postponing the council meeting, but eventually decided to send its delegation there.