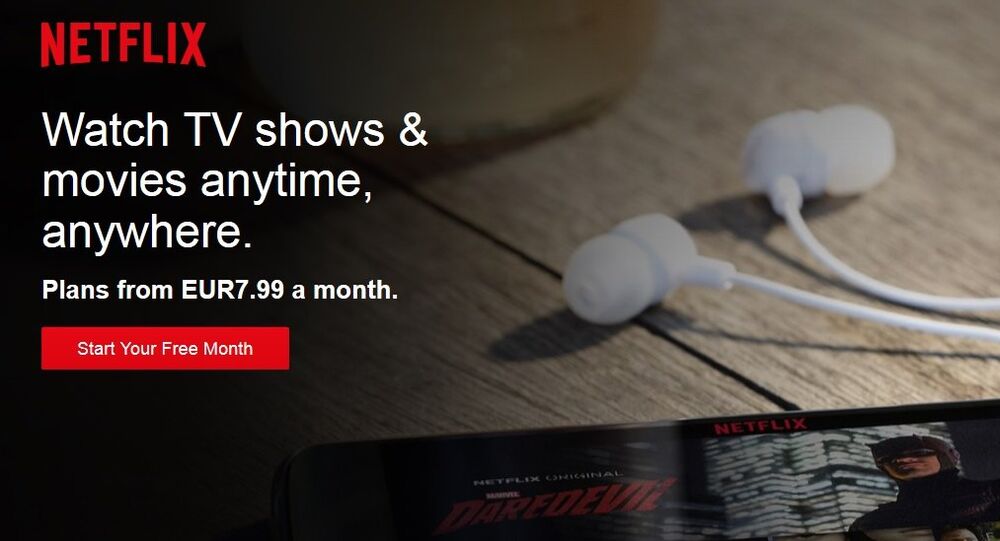 The US online movie provider Netflix has launched its service in Russia.

"Netflix is now available in Russia. This is day one, our service is available in English only at this time and we take payment with credit cards," Evers said.

Evers added that the company is also considering adding Russian language support in the future.

"We will learn a lot from the early users of Netflix around the globe and in Russia. This means we may add Russian language support over time," Evers said.

Netflix announced on Wednesday that it launched its service in more than 130 new countries around the world.

"Netflix will not yet be available in China, though the company continues to explore options for providing the service. It also won’t be available in Crimea, North Korea and Syria due to US government restrictions on American companies," according to the company’s release.

Netflix is a subscription-based movie and television program rental service that offers content to subscribers primarily via online streaming.

Netflix currently has over 70 million members in over 190 countries, according to the company.

Netflix Launches in Russia Starting From 2016