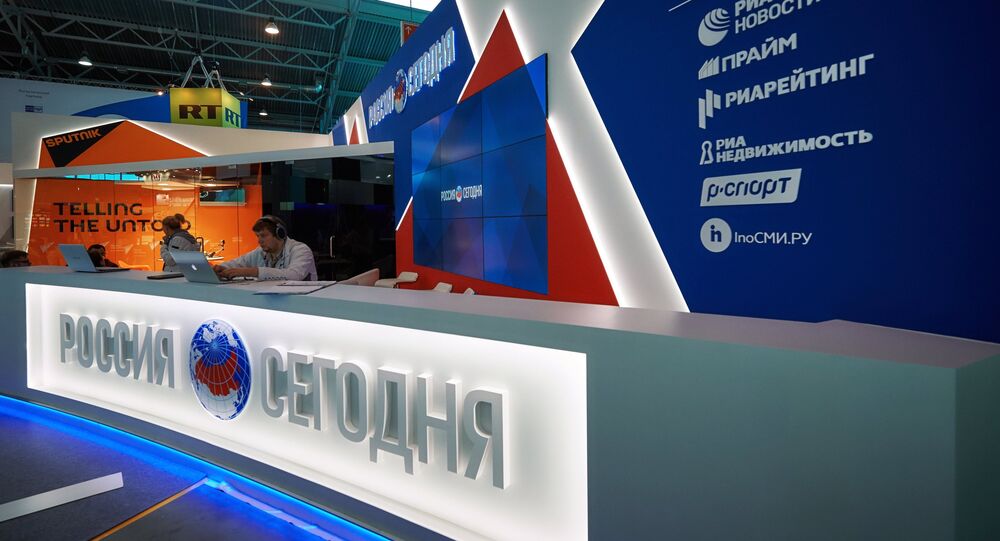 The account of Russia’s news agency Rossiya Segodnya in London was closed because of sanctions.

LONDON (Sputnik) – Britain’s Barclay’s Bank has closed the account of Russia’s news agency Rossiya Segodnya in London due to sanctions imposed by the British Treasury.

“The account is closed…the bank needs to send the applicable notification,” the bank told RIA Novosti without giving details on the issue.

"To close the accounts of a leading information agency is censorship, a direct interference with the work of journalists. What kind of freedom of the press and democracy in the United Kingdom can we talk about, if the country does not allow one of the world's major news agencies to work," Kiselev said.

In mid-June, Rossiya Segodnya's French office bank accounts were frozen in response to the July 2014 $50-billion dollar award to former Yukos shareholders by the Permanent Court of Arbitration in the Hague.