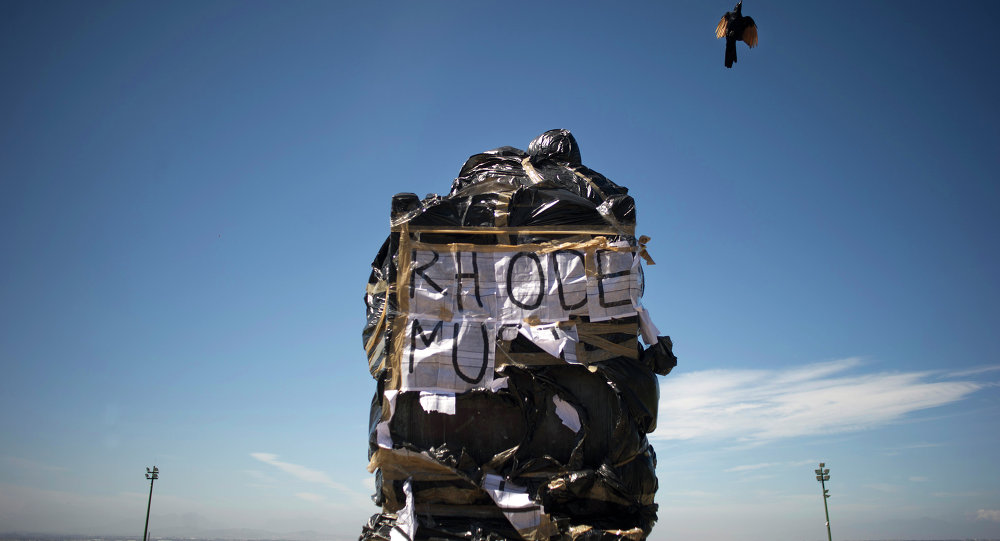 Fighting With History: 5 Dumbest Ways to Deface a Monument

Monuments and memorials which commemorate major events and people in the history of mankind are often vandalized by those who are supposed to appreciate them. Here are some of the most barbarically damaged ones.

In December 2014, Bertolt Brecht's statue in front of the Berliner Ensemble theatre was splattered with potato salad by pranksters in a protest against the supposed gentrification of the capital by wealthy southerners.

In November 2014, a bronze statue of Lenin was decorated with the colors of the Ukrainian flag. The vandals also painted the Ukrainian flag and the country’s coat of arms and left what they called “a message to the Russian president.” Interestingly enough, monuments to Lenin have been painted yellow and blue colors in a number of Ukrainian cities as the statue to Lenin symbolizes the Soviet period in the history of the country. 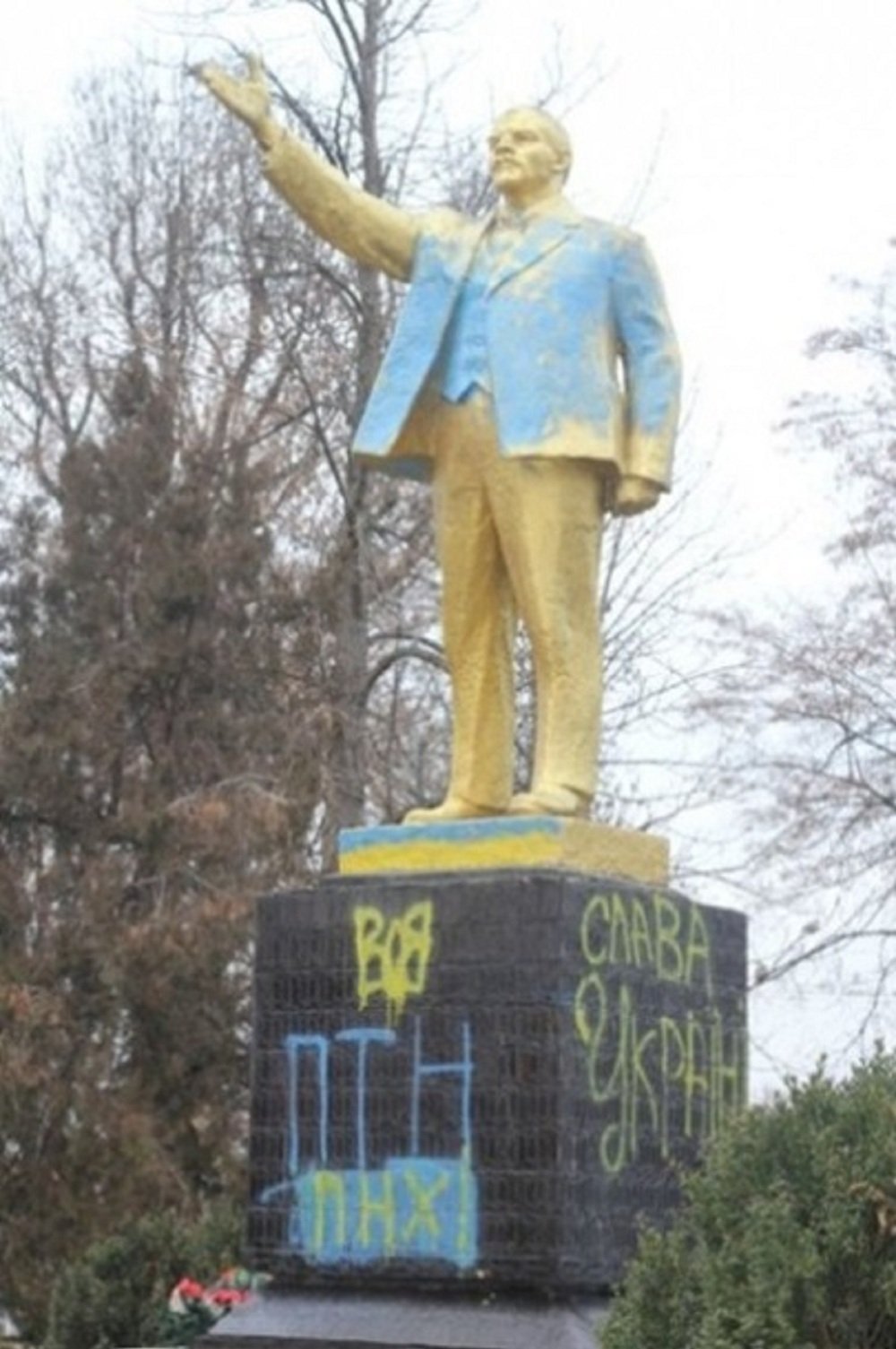 In May 2013, Vandals spray-painted the word 'Islam' on war memorials in Green Park and Hyde Park in London. Vandals did the same thing at the Animals in War Memorial in Hyde Park.

The Monument to the Soviet Army in the King’s Garden in the heart of the Bulgarian capital of Sofia has been subject to vandalism several times.

© NASA . Twitter/@FixedOpsGenius
The Painted Monument to the Soviet Army in Bulgaria

The first act of vandalism was on June 2011, when the monument was painted overnight by unknown artists, who transformed the Soviet Army soldiers into popular American superheroes and cartoon characters including Superman, Joker, Captain America,  Wolverine,  and Wonder Woman.

In February 2012, the monument was once again attacked, this time the soldiers were given the mask of the British revolutionary Guy Fawkes, in an anti-ACTA protest.

In August, 2012, the monument became the site of a protest for Pussy Riot's arrest. 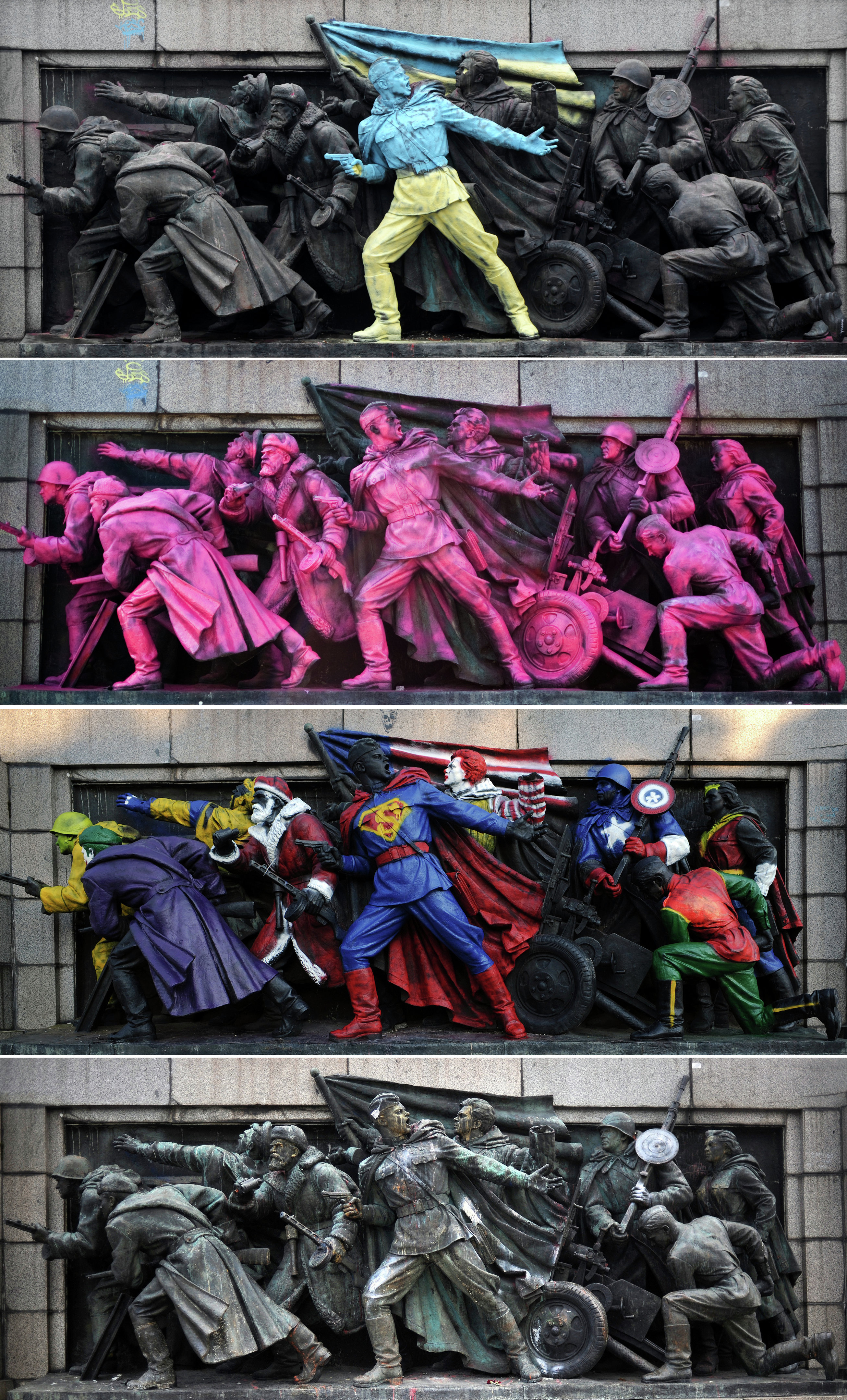 On February 2013, to honor the victims of communism in Bulgaria, three of the faces of the figures of the monument were painted in the colors of the national flag: white, green and red. Again on August 2013, unknown artists painted the monument in pink in honor of the anniversary of the Prague Spring. An inscription in Bulgarian and Czech read "Bulgaria apologises".

On February 2014, unknown perpetrators painted the monument in the national colors of Ukraine in support of the 2014 Ukrainian Revolution. 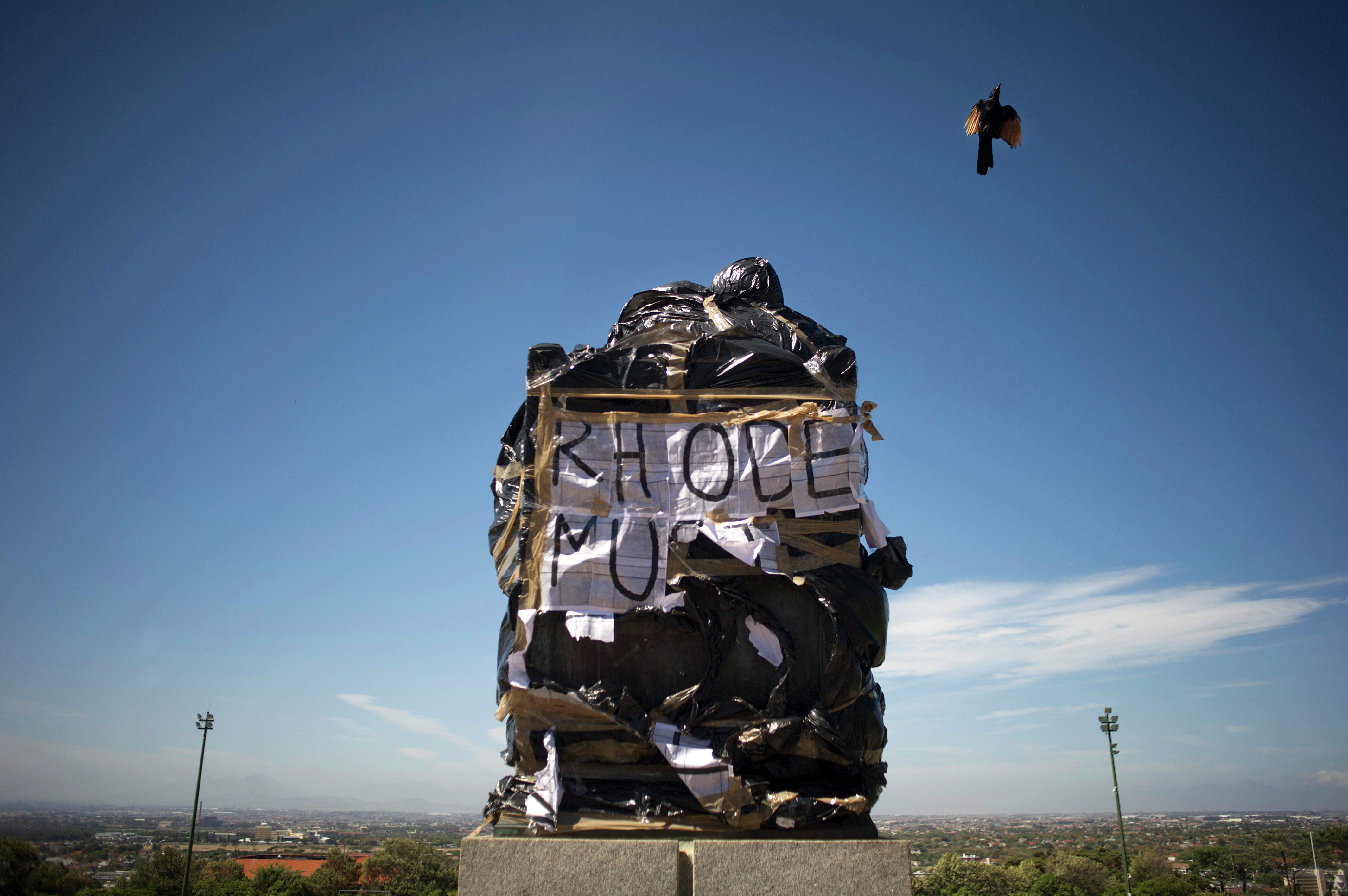 However, recent protests in Cape Town have outshone all the above. A bucket-load of human excrement was flung at a statue of Rhodes, a well-known racist and symbol of British imperialism in South Africa. Interestingly enough, the protests were initiated by the students of the University of Cape Town, many of whom never lived under the injustices of white minority rule, but say they still experience racial discrimination 21 years after the end of apartheid.