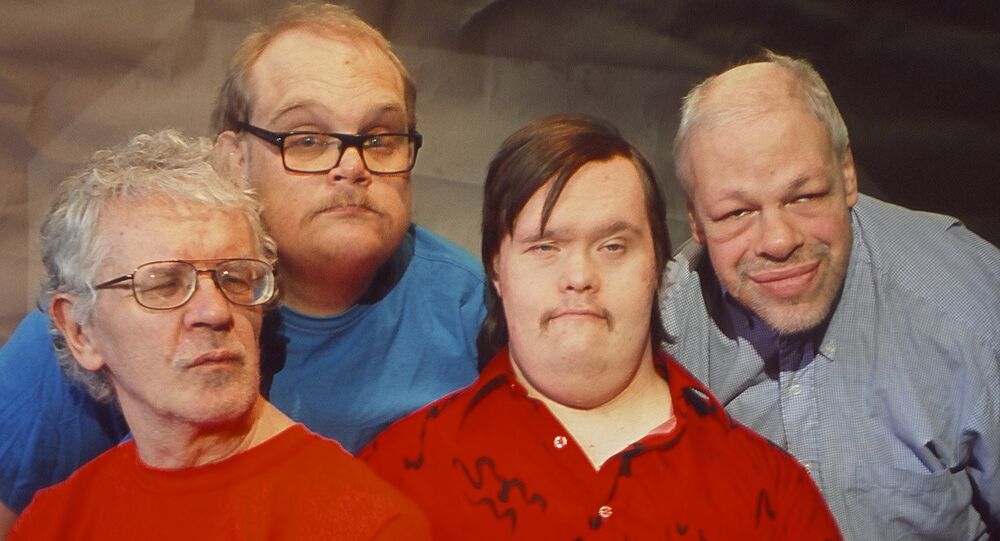 Finnish punk band PKN, whose members suffer from mental disabilities, wants to raise awareness for Down Syndrome by participating in the Eurovision Song Contest.

“We still have a competition in Finland that we must win to get to the Eurovision,” the manager of the band, Kalle Pajamaa, told Sputnik. The PKN will compete with 17 other musicians who have sent applications for the upcoming contest. The final decision about who will represent the country will be made by Finnish TV viewers.

The band Pertti Kurikan Nimipäivät formed in 2009 and has since released a movie about its members called ‘The Punk Syndrome’. The documentary shows how disabled people live and express themselves and smooth out the bitterness of their everyday life through music.

Kalle Pajamaa also said that the band members are very excited about the contest. “Pertti the guitarist for example is a big fan of Eurovision contest. Their families are supportive as well as the fans. Even the punk scene has been very supportive for the guys.” The band members – Pertti Kurikka (guitar), Kari Aalto (singer), Sami Helle (bass) and Toni Välitalo (drums) – believe that their performance at the Eurovision would tell people about the Down syndrome and help support new social programs for mentally ill people.

However, the application produced a controversial reaction in Finland. Some people consider PKN too extravagant to take part in Eurovision, while others refer to the time hard rock band Lordi won the competition in 2006 with an unusual song called “Hard Rock Hallelujah“. Back then, the song was a wild success and had a record amount of votes, according to Billboard.

While viewers are arguing over whether or not to let a band of disabled musicians represent their country, PKN members are rehearsing their song “Aina Mun Pitää” (“Whenever I have to”) which they are planning to perform at the contest. The music video is available on YouTube:

Eurovision is a European music competition that is held annually since 1956. The event was created after WWII to consolidate European countries in a broad international network and facilitate friendly relations between them. Over the past decade, the format of the contest developed further than just a song competition; it became an original platform for people of various backgrounds to present themselves and their identities, designed to promote tolerance and non-discrimination.