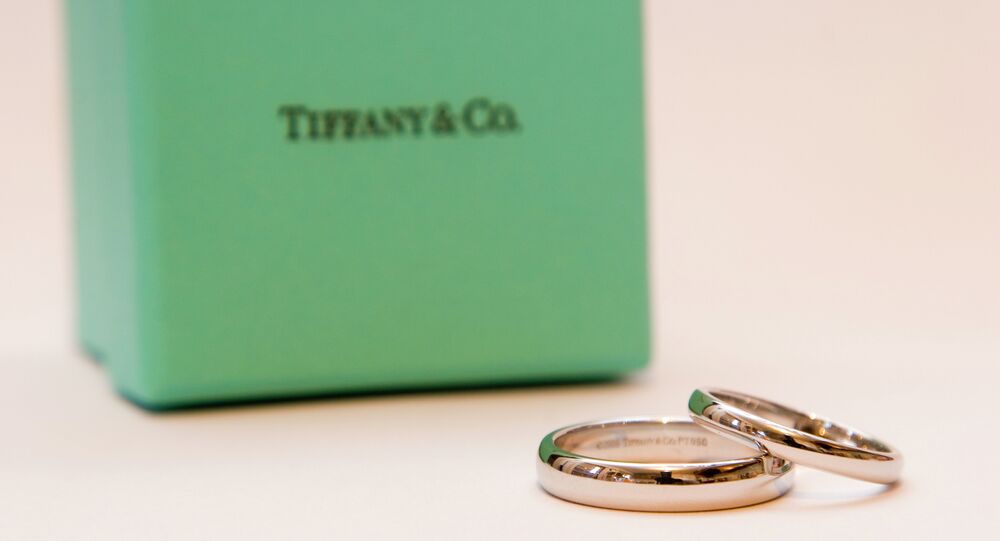 Tiffany is not the first company to use a same-sex couple in its ads.

© Flickr / Andrea Parrish
Miami-Dade Becomes First Place in Florida to Allow Same-Sex Marriage: Judge
MOSCOW, January 11 (Sputnik) – For the first time in the history of the luxury jeweler, Tiffany & Co. is featuring a same-sex couple in its advertising campaign, the Washington Post reports.

The future husbands share a romantic moment in the latest engagement campaign for Tiffany, titled "Will You?". They are said to be a real life couple from New York City, not models, according to ELLE.com.

Will you? By Tiffany & Co. pic.twitter.com/MEr1ytqLW7

"Nowadays, the road to marriage is no longer linear, and true love can happen more than once with love stories coming in a variety of forms," Linda Buckley, Tiffany & Co. vice president of North American PR, said in a statement, as quoted by ELLE.com.

© Flickr / Vestman
Many Finns Quit Lutheran Church After Same-Sex Marriage Approval: Reports
"The Tiffany engagement ring is the first sentence of the story that a couple will write together as they create a life that is deeply intimate and exceptional, which is the message we hope to convey through this campaign," she added.