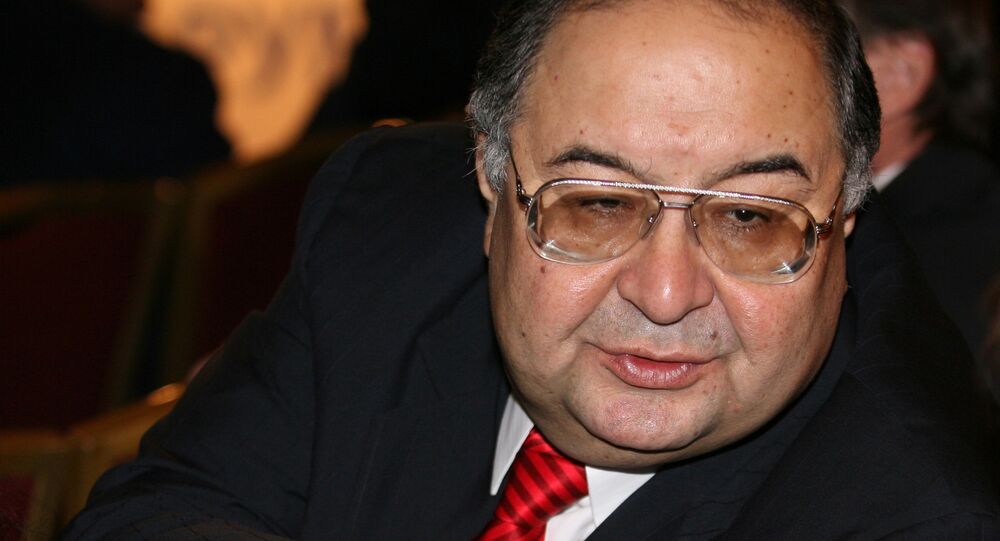 Alisher Usmanov, one of the richest businessmen in Russia, has bought the Nobel Prize, received by American biologist James Watson back in 1962, in order to return it back to the owner. With Usmanov’s help, Watson will now be able to use the funds to contribute to universities where he has previously worked or studied.

MOSCOW, December 9 (Sputnik) — Russian businessman and philanthropist Alisher Usmanov has bought the Nobel Prize, received by American biologist James Watson back in 1962, for $4.1 million at a Christie’s sale in order to return it to the owner, Usmanov's press service said Tuesday.

© Sputnik / Ilya Pitalev
Russian Businessman Sues VTB for $600 Million in London
“I find this situation intolerable, when a prominent scientist sells the award received for his achievements. James Watson is one of the first-rate biologists of all times, and his award for discovery of the structure of DNA should belong to him. I highly appreciate his contribution to modern science. Mr. Watson’s works have helped the research in battling cancer, from which my father died. For me it is important that my money will be aimed at a scientific research, and that the award will stay with the person who deserves it like no one else. I did not want the medal of the prominent scientist to be sold,” Usmanov said.

This was the first time a Nobel prize has been sold by a living recipient.

With Usmanov’s help, Watson will now be able to use the funds to contribute to universities where he has previously worked or studied, including the University of Chicago, Indiana University, the University of Cambridge, and the Cold Spring Harbor Laboratory.

Sixty-one-year old Alisher Usmanov is one of the most famous Russian businessmen with a fortune estimated at $16.1 billion, according to the Forbes 2014 ranking. His fortune was built through steel and mining operations. His holdings also include stakes in Russia’s mobile phone operator Megafon, and the country’s largest business daily Kommersant.

Usmanov is also one of the world’s most significant philanthropists. According to the Sunday Times Giving List 2013, Usmanov donated $112.6 million in just 12 months.