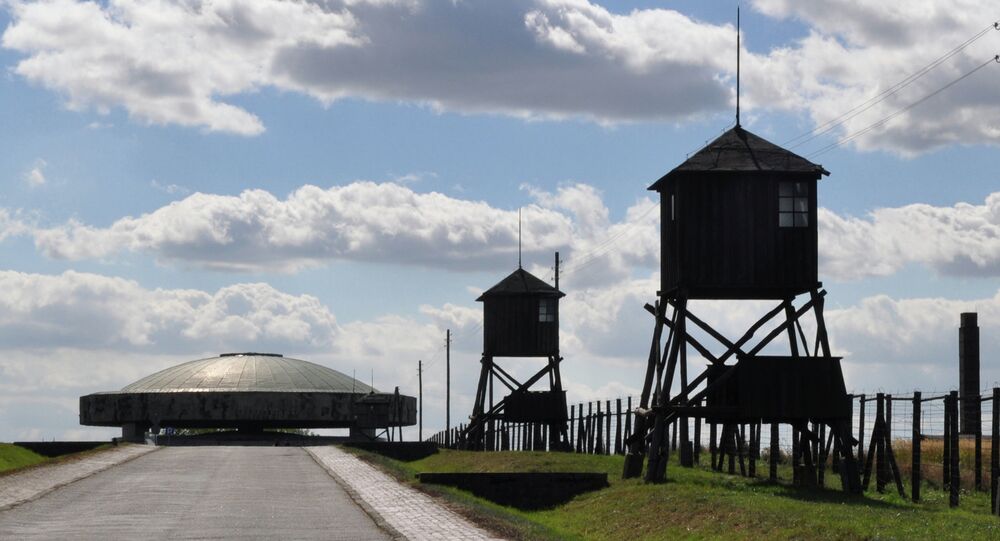 The State Museum in the former World War II camp in Majdanek has a total of 280,000 shoes belonging to victims of the camp, with several thousand on display.

MOSCOW, November 25 (Sputnik) — Eight shoes belonging to prisoners at a former Nazi death camp were stolen from a museum in Poland, a museum official said Tuesday.

Police have launched an investigation into the theft that took place this past weekend  at the State Museum in the former World War II camp in Majdanek, the museum’s spokeswoman Agnieszka Kowalczyk-Nowak told AFP.

"An employee noticed shoes were missing during a routine check on Saturday. A hole was cut in the metal mesh on a display containing several hundred shoes in barrack 52," she said.

"After counting the shoes, we found eight missing," she said, adding that the motive for the theft was unknown. "It's in this barrack where all the shoes are on display so that visitors can begin to comprehend the sheer scale of Nazi crimes."

The museum has a total of 280,000 shoes belonging to victims of the camp, with several thousand on display, according to the spokeswoman.

Majdanek was a Nazi German concentration and extermination camp set up on the outskirts of the city of Lublin, during the German occupation of Poland in 1941. The camp was closed down by the Soviet army in 1944.

The museum says that 78,000 prisoners, including 60,000 Jews, died there – around half of those who passed through the notorious camp.

Last year, a prisoner’s cap stolen from the museum two decades ago was pulled from an eBay auction in the US. The item was valued at $1,750.

In 1989, Swedish artist Michael von Hausswolff stole the ashes of Holocaust victims from a Nazi-era crematorium at Majdanek.

He sparked outrage in 2012 when a watercolor painting he claims to have been created using the ashes went on display at a Swedish gallery.

The painting was removed from the gallery; however Polish and Swedish officials dropped an investigation without pressing charges.

80 Former Nazi SS Members Should Be Found and Convicted of Murder: Wiesenthal Center