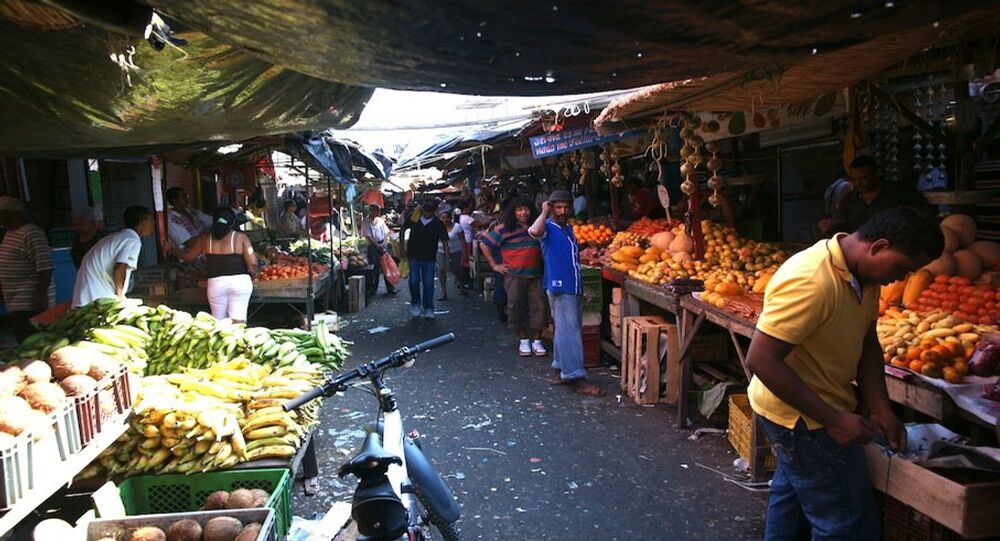 Colombian activists asked Britain to stop investing in plantations and mines in the country, as in doing so Britain is sponsoring human rights violations.

MOSCOW, November 10 (Sputnik) — Colombian activists have appealed to the United Kingdom to stop investing in plantations and mines in the country as in doing so they are sponsoring murder, The Guardian reported Monday.

"I want the British government, British companies and companies from other countries who are investing money in the apparent development of Colombia to think about the cost of those investments in Colombian blood," activist Enrique Cabezas was quoted as saying by the newspaper.

"Palm plantations and mines are sponsoring all the murders. They drive people off their land and kill them so they can mine it or plant it," he said.

The country has been in turmoil for several decades, with millions of people displaced by paramilitary successor groups that are still growing and continue to drive people from their lands.

Armed groups engage in drug trafficking and commit widespread abuses against civilians, including massacre and rape. They have targeted human rights defenders, trade unionists, as well as those seeking to recover the land.

According to a spokesperson for the Foreign and Commonwealth Office, the UK government recognizes existing challenges in Colombia with regard to land restitution and has run several human rights projects to help improve the situation.

The spokesperson elaborated that more than 200,000 people had received reparations under the Victims law from January 2012 to the end of 2013.

According to the National Center for Historic Memory, the internal conflict in the country between the Colombian government and paramilitary groups has claimed the lives of some 220,000 people, with many being driven from their lands.