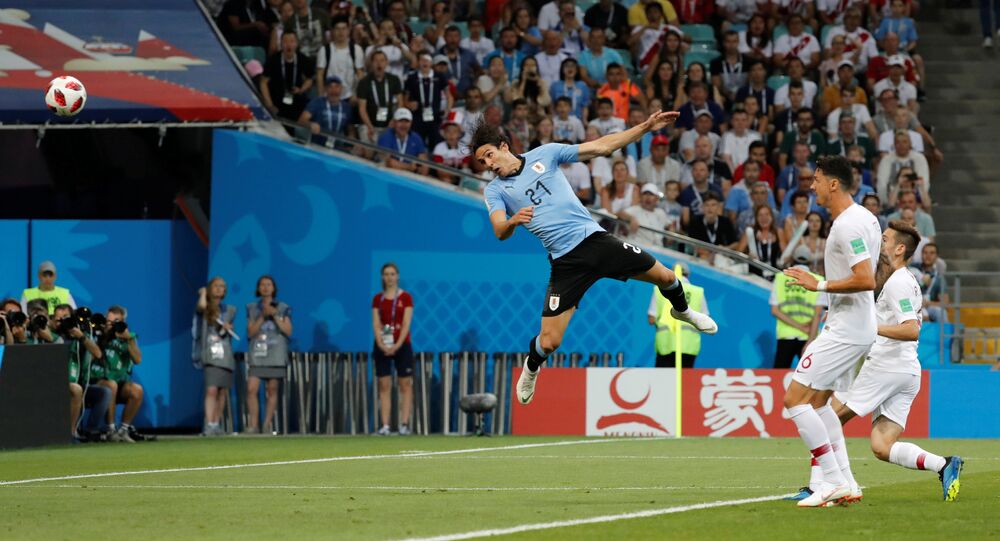 Uruguay has been leading in the first half of the round of 16 match against Portugal after striker Edinson Cavani scored the first goal for his national team in the 7th minute. In addition to this, Portugal's goalkeeper managed to make a save after a free kick by Luiz Suarez.

Portugal's Pepe managed to equalize the score at 55th minute of the match, making it 1-1. The draw didn't last long, as Uruguay managed to take the lead back with Cavani scoring another goal at 62nd minute and bringing his team to 2-1.

© Sputnik / Vladimir Pesnya
Don't Cry for Me, Argentina: FIFA Bans Maradona From World Cup 2018
Uruguay will face France, who beat Argentina 4-3 earlier on Saturday in Kazan, in the quarter-finals on Friday. Portugal has been eliminated from the tournament.

Previously, Uruguay came first in its group with 9 points, defeating Egypt, Saudi Arabia and Russia. In turn, Portugal also managed to remain undefeated, winning its match against Morocco and drawing ties against the Spanish team and Iran.