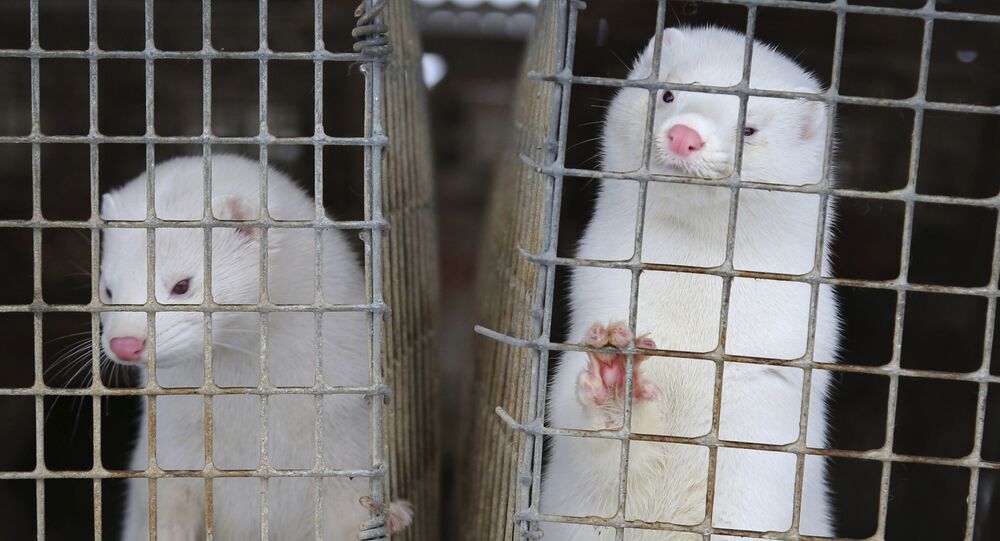 The Mink Shall Inherit the Earth: Animals Given Russian Covid Vax Pass Immunity on to Offspring

The fate of millions of European mink became a matter of global attention last year after Denmark gassed its entire population of 15-17 million of the furry animal over coronavirus fears. The story gained further attention after authorities had to exhume the animals’ carcasses and incinerate them due to concerns about environmental pollution.

The agency made the announcement after the holding of a roundtable discussing Covid’s potential risk to the animal population and possible preventative measures at an agricultural industry trade fair in Moscow on Thursday.

“During the event, Tatyana Galkina, the head of the laboratory for the prevention of diseases of small domestic animals at the Federal Center for Animal Health, said that after being vaccinated by Carnivak-Cov…the fur-bearing animals transmitted immunity to the disease to their newborn cubs,” the agricultural watchdog said in a statement.

Galkina said “colossal immunity” was reached among the cubs of the mink involved, with their mothers vaccinated in January.

Russia’s Federal Centre for Animal Health is reportedly continuing its studies of antibodies levels in the offspring of the vaccinated animals.

© AFP 2021 / DANIL SEMYONOV
Hello From the Other Side: Danish Minks Culled Due to COVID Are Polluting Soil, Agency Says
Russia registered Carnivak-Cov in late March, and to date the preparation remains the only drug in the world on the market designed specifically to immunise animals against the coronavirus. The vaccine has an estimated immunity period of six months, and was created by the Federal Centre for Animal Health, under Rosselkhoznadzor’s supervision.

Rosselkhoznadzor previously reported that its vaccine had been tested on dogs, cats, arctic foxes, mink, foxes, and other animals starting in October of last year, with clinical trials showing high levels of immunity and causing no harm to animals. The watchdog further indicated that along with companies in Russia, firms in the United States, Canada, Australia, Greece, Poland, and Singapore had expressed interest in the medication.

The World Health Organisation confirmed the possibility of COVID-19 being transmitted from humans to cats, dogs, minks, raccoon dogs, lions, tigers, and other animal species in April of this year.

The United States and Finland are developing their own Covid preparations for animals.