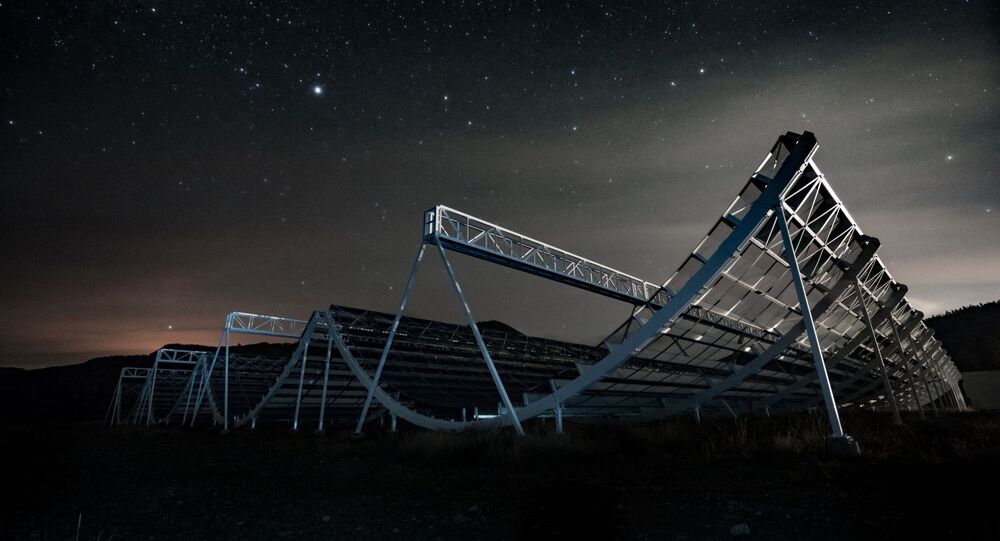 Fast radio bursts (FRBs) – a type of transient radio pulse believed to be caused by some type of high energy astrophysical process not yet fully understood by scientists – were first discovered in 2007 with astronomers from around the world regularly detecting the eerie cosmic phenomena, which often comes from galaxies billions of light-years away.

Canada’s CHIME interferometric radio telescope, constructed in 2017 at the Penticton, British Columbia-based Dominion Radio Astrophysical Observatory, picked up a whopping 535 new fast radio bursts during its first year of operation between 2018 and 2019, scientists working on the project have revealed.

Prior to the large stationary radio telescope’s construction, astronomers and astrophysicists were only able to catch about 140 FRBs. However, the specially designed CHIME – which includes four antennas containing 100 20-metre parabolic reflectors with 1024 dual-polarisation radio receivers suspended above them – allows for the accurate detection of radio waves from space at frequencies in the 400-800 MHz range. This makes it possible to detect thousands of directions simultaneously and process information using recent advances in cellular and computer processing technology.

© AFP 2021 / ANDRE RENARD
This handout picture taken on November 8, 2016 and released by CHIME Collaboration on November 4, 2020 shows the CHIME Telescope, located at the Dominion Radio Astrophysical Observatory, a national facility for astronomy operated by the National Research Council of Canada

CHIME, which stands for "Canadian Hydrogen Intensity Mapping Experiment," has been cataloguing FRBs for several years now, with researchers presenting a catalogue of their findings at a meeting of the American Astronomical Society on Wednesday.

Scientists still aren’t sure what causes the bright flashes of light, which last as little as a fraction of a millisecond and up to a few milliseconds. The radio beacons are highly unpredictable and hail from galaxies billions of light-years away (to put these vast distances into perspective, at current levels of human spaceflight technology, it would theoretically take humanity about 37,200 years to travel just one light-year).

Emmanuel Fonseca, one of the researchers involved in the CHIME project, is excited by its superior abilities to detect and catalogue FRBs, suggesting that “every new captured event is allowing astrophysicists like [him] to learn more about these weird cosmic phenomena.”

“As this is happening, some astronomers have begun to use fast radio bursts as incredibly powerful tools to study the universe itself,” he explains.

For one thing, the professor notes, an examination of FRBs allows researchers to learn what types of matter these FRBs have passed through on their way to our planet, such as interstellar gas or plasma. Even more significantly, he says, “by measuring dispersion, astronomers can indirectly determine one of the most important pieces of information in all of astronomy: how far apart things are,” with the formula being that “the larger the dispersion measure, the more material the signal encountered…so, presumably, passing through more stuff means the burst traveled farther across the universe.”

CHIME’s catalogue groups FRBs into two classes – those that repeat and those that don’t. The vast majority of the newly documented FRBs were one-time events, with 61 bursts coming from 18 repeating sources. The latter also have different characteristics – with the bursts lasting longer and emitting more focused radio frequencies.

On the basis of their findings, CHIME scientists estimate that as many as 800 FRBs could be detected worldwide in a single day if humanity had the resources to do so.