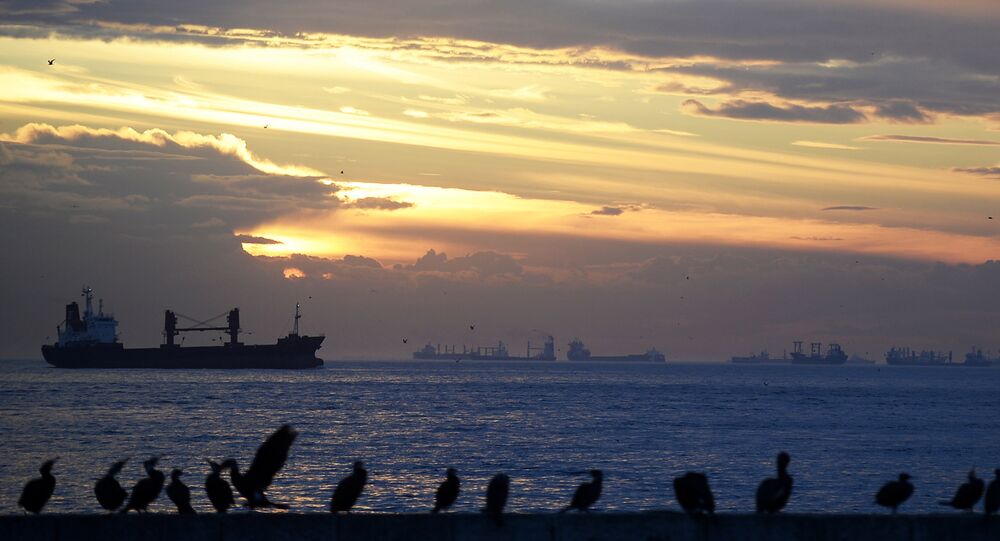 According to local media, a slimy grey layer covering the surface of the Sea of Marmara has been spreading since February. Scientists believe climate change and the discharge of polluted water into the sea have contributed to the problem.

Sea snot near the Turkish city of Istanbul poses a threat to marine life, ecologists have warned. Yes, you read that correctly. The Sea of Marmara has the snuffles and environmentalists say it is deadly. The oozy substance contains a variety of microorganisms, including algae, which flourishes during the inflow of nutrient-rich sewage water.

Professor Muharrem Balci of Istanbul University said the rapid growth of algae prevents sunrays from entering the water and consequently depletes it of oxygen, which is essential for marine life to survive.

Unbeknownst to @fishymary + team, Turkey has been testing the limits of how bad local conditions can be allowed to get before nothing can survive in the water. Decades of pollution + climate change has brought the Marmara Sea to a state experts are calling: "a rotting corpse". pic.twitter.com/QXKg1Ne2nZ

​Professor Balci notes that the sea snot is not only on the surface, but has also gone into the water and is now 25 to 30 metres deep.

"This could poison the sea's mussels and creatures such as crabs. It will smell like a rotten egg unless this process is halted", said Professor Balci.

Workers are now trying to remove the dangerous substance, but so far their attempts have been unsuccessful.

As mentioned earlier, ecologists blame the increase in seawater temperature, believed to be due to climate change, as well as pollution for the disaster. In order to prevent the formation of marine mucilage, domestic and industrial water should be purified before being discharged into the sea, environmentalists say.

"As long as we carry on with those practices, it does not make much sense to expect different results. We will continue to encounter disasters like this", said hydrobiologist Levent Artuz.