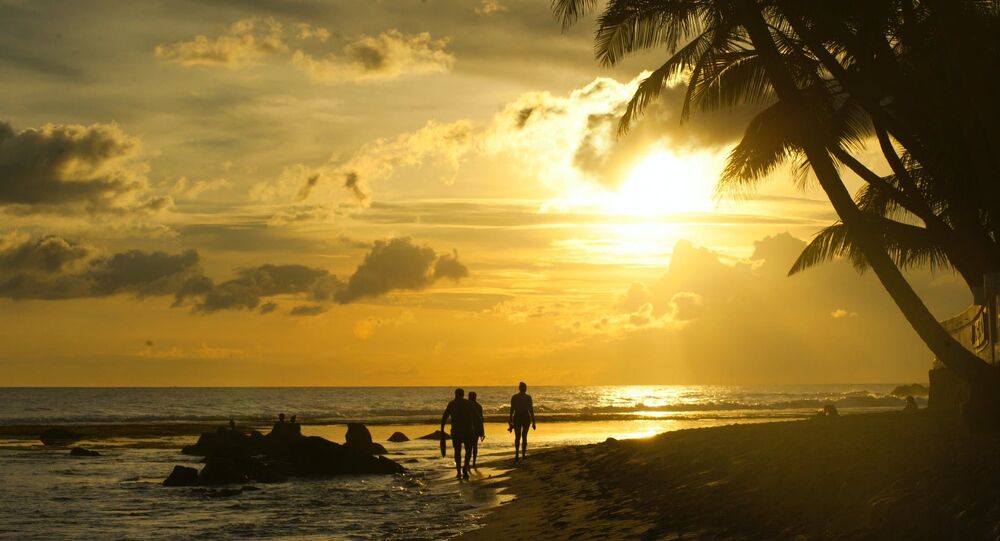 According to the California Department of Fish & Wildlife the ugly creature turned out to be a Pacific footballfish. Encounters with it are extremely rare, because it normally swims at depths of 3,000ft.

A scary-looking sea fish washed ashore terrifying beachgoers in California, the United States. Witnesses told reporters that the creature was 18in long and looked more like an alien monster with long sharp teeth - reminiscent of shards of glass - and a weird-looking pole coming out of its head.

Officials from Crystal Cove State Park in Newport Beach where the creature was found posted a statement, saying beachgoers should not be alarmed by the fish, which is a female Pacific footballfish.

The stalk coming out of its head has bioluminescent tips, which it uses to attract prey in the darkness.

"Although females can reach lengths of 24in, males only grow to be about an inch long and their sole purpose is to find a female and help her reproduce. Males latch on to the female with their teeth and become 'sexual parasites', eventually coalescing with the female until nothing is left of their form but their testes for reproduction," reads the statement posted by Crystal Cove State Park.

Experts say encounters with the creature are extremely rare as they normally live at great depths. According to US media, in 1985 a fisherman caught one in Monterey Bay. In 2014 scientists from the Monterey Bay Aquarium Research Institute captured it on video swimming 2,000ft below the surface. The Cabrillo Marine Aquarium in Los Angeles has one exhibit of the fish.