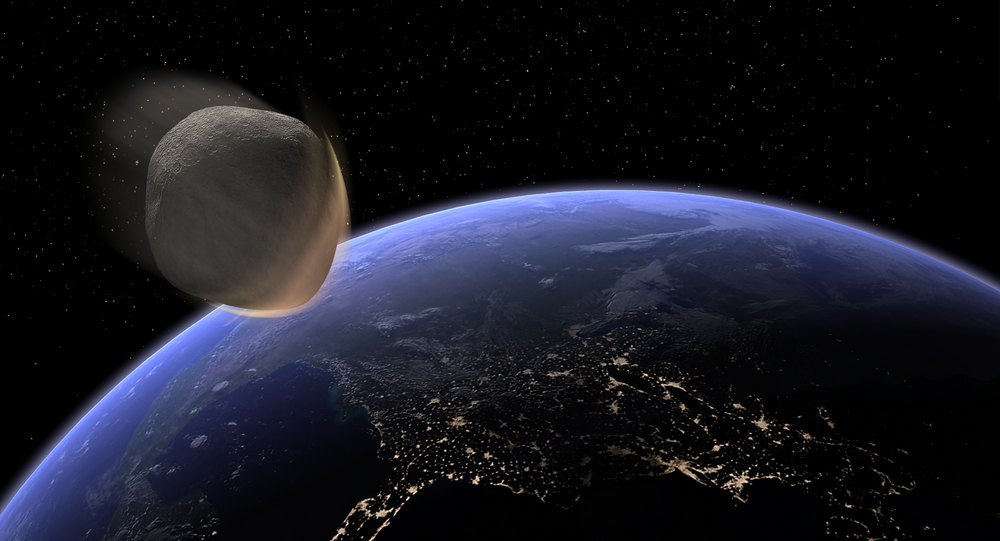 Named 2016 QE45, it has been classified by NASA as an Apollo – the most dangerous category of asteroids whose orbits intersect with our planet’s own and which pose a collision danger. The celestial body travels at an extreme speed of 13 kilometres per second.

A huge asteroid the size of a cruise liner will whizz past the Earth this week. NASA said 2016 QE45 is estimated to be between 120 and 270 metres in width, which makes it almost as big as the Queen Elizabeth II ocean liner.

The RMS Queen Mary 2, the largest ocean liner ever built, was christened by her namesake's granddaughter, Queen Elizabeth II on January 8, 2004. As of 2020, Queen Mary 2 is the only passenger ship operating as an ocean liner. https://t.co/CBeHBsoQTy pic.twitter.com/g2fun8wM41

​The celestial body will swoosh past our planet on 24 April. Despite its proximity, amateur astrophysicists won’t be able to see it with their telescopes due to the asteroid’s enormous speed as well as distance, which NASA estimates will be thousands of miles. Space experts say 2016 QE45 won’t pose any risk to our planet, unlike 2010RF12, which the European Space Agency (ESA) said has a probability of crashing into earth of 1 in 16.

For comparison, the chance of winning the jackpot is one in 302.5 million, according to the US Mega Millions lottery. However, the Earth’s rendezvous with 2010RF12 won’t happen anytime soon. The ESA said the celestial body will only approach our planet in 2095.