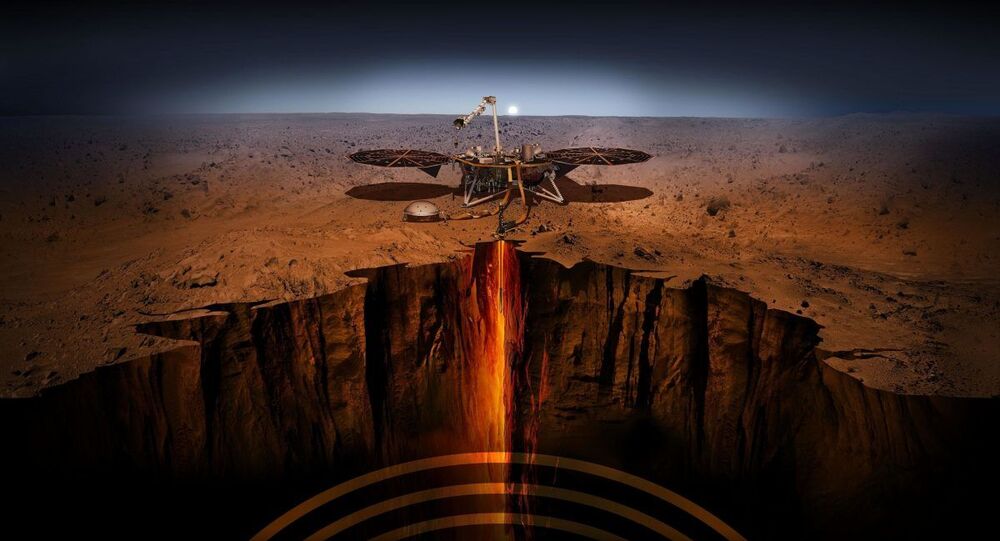 No Biggie: NASA's Mission to Mars Registers Hundreds of Quakes But No Major Ones, Media Says

The scientists are now reportedly trying to establish why exactly they have yet to detect a big tremor on the Red Planet.

While NASA’s InSight lander has detected several hundred quakes on Mars since landing on the planet in 2018, none of these seismic events exceeds magnitude 3.6, Business Insider reports.

According to the media outlet, the four biggest tremors spotted by the craft ranged from 3.1 to 3.6 in magnitude, with the majority of the quakes being "so quiet that the average Californian wouldn't even notice them".

"We would have expected a few magnitude 4 events, and maybe even a magnitude 5 at this point, given the number of smaller quakes," said Bruce Banerdt, the principal investigator for InSight.

The mission’s interest in Martian quakes reportedly stems from the intent to use them to glean more information about the planet’s interior, as really big quakes would’ve helped the scientists "see deep into the Martian core" and learn more about Mars’ origins and evolution.

"By looking at Mars' core and looking at Mars' crust, and understanding that these haven't changed very much in the last 4.5 billion years, we can get a glimpse into what the Earth might have looked like very early on," Banerdt said. "Mars is helping us to understand just how rocky planets form and how they evolve in general."

Banerdt’s team now seeks to determine why they are yet to witness a big quake, to either establish why such phenomenon may be so rare on Mars or to learn how to look for these tremors, the media outlet adds.