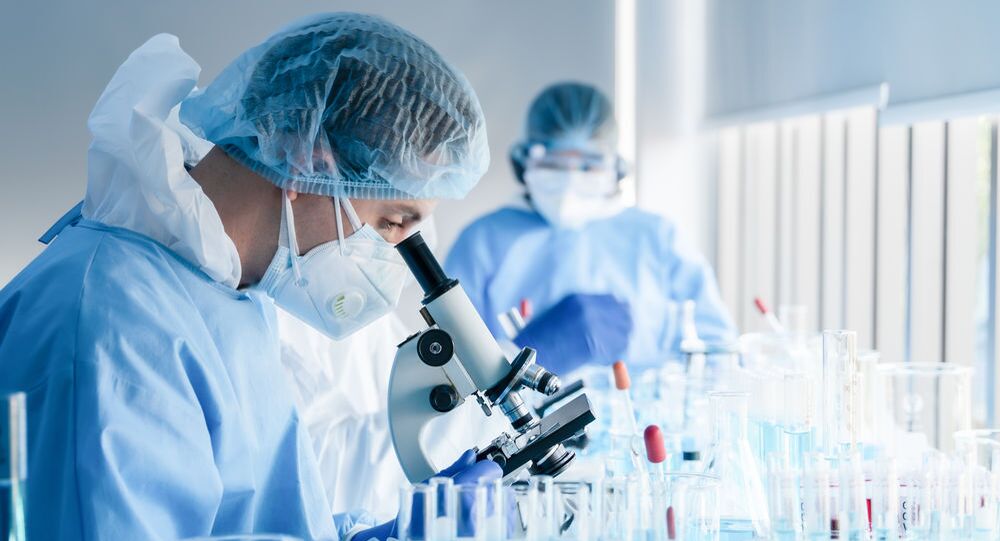 Ultrasensitive molecular thermometers to be used in medicine were created by a Russian-Finnish team of scientists with the participation of specialists from the National University of Science and Technology MISiS (NUST MISIS).

According to the authors, the unique development will increase the accuracy and efficiency of therapy for various tumors.

According to the scientists, some promising therapies for tumors such as photodynamic and photothermal therapies require accurate, regular measurement of temperature of living systems at the molecular level.

© REUTERS / Euan Rocha
Drug to Fight Lung Cancer Obtained From Tropical Plants
For example, as part of photodynamic therapy, a tumor is irradiated with a laser to activate a pre-administered drug, which leads to heating of a tumor tissue. However, in order to induce a therapeutic response, the tumor can be heated to 42-45 degrees only: with a further increase in temperature, protein folding and damage to adjacent healthy tissues will occur.

According to the research, theoretical calculations and existing thermometers are very inconvenient and do not provide high measurement accuracy. In tackling this problem, the team of specialists with the participation of NUST MISIS scientists has synthesised substances that can work as ultra-precise thermometers at the molecular level.

“Molecular thermometers are a class of substances whose optical characteristics change with temperature. We have synthesised two such substances and studied their luminescent properties. The emission spectrum and “lifetime” of fluorescence changes while heated - this is enough to record temperature changes accurate to 0.1 degrees. The same equipment that is used to administer an injected drug displays temperature,” Roman Akasov, expert from the Biomedical Nanomaterials laboratory of NUST MISIS said.

The synthesised substances belong to the well-studied class of water-soluble porphyrins, and, according to the authors of the study, unlike other molecular thermometers are simple to use for synthesis and modification.

After evaluating the toxicity of the obtained thermometers, the scientists found out that one of the compounds is quite toxic when irradiated with a laser. According to the authors, it allows the substance to be used not only as a molecular thermometer, but also as a full-fledged photodynamic drug with built-in thermometry, capable of fighting tumor cells.

The immediate task of the scientists is a detailed study of the photophysical properties of the obtained porphyrins under prolonged irradiation during photodynamic therapy. Also, the research team plans to continue the search for new combination drugs.