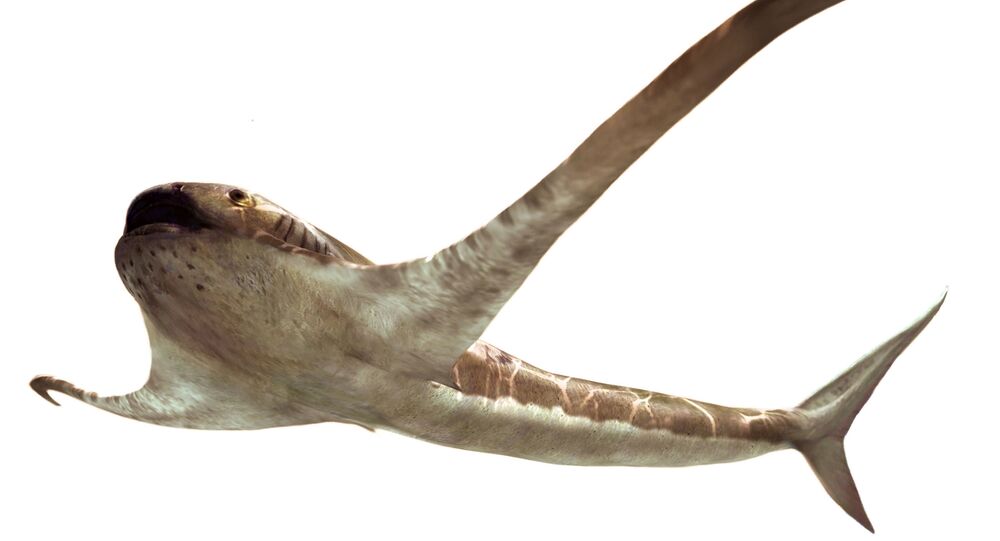 The ancient shark is suspected to have existed about 30 million years before manta rays, and was supposedly wiped out during an extinction event 66 million years ago.

A peculiar-looking species of shark, sporting elongated fins akin to those of manta ray, existed on Earth millions of years ago, a new report published in Science magazine suggests.

The shark, whose fossilised remains were discovered in a quarry in Mexico and which was named Aquilolamna milarcae, had a body length of about 1.6 meters while the span of its “wings” reached nearly 2 meters, according to New Scientist.

"As this shark probably fed on plankton, it didn’t need to go fast. Like modern manta rays, relatively slow swimming was enough to eat plankton," said Romain Vullo at the University of Rennes, one of the authors of the new study.

​The shark is believed to have existed about 93 million years ago in the Late Cretaceous epoch, some 30 million years "before manta and devil rays", the media outlet notes, with Vullo suggesting that the species was wiped out in an extinction event that occurred 66 million years ago.

Having reportedly described the shark’s shape as "really weird" and "strange", Vullo also remarked that the time during which it existed was a rather diverse period for its kind.

"On evolution, it tells us that sharks occupied some ecological niches that today are restricted to other groups, such as rays," he said.