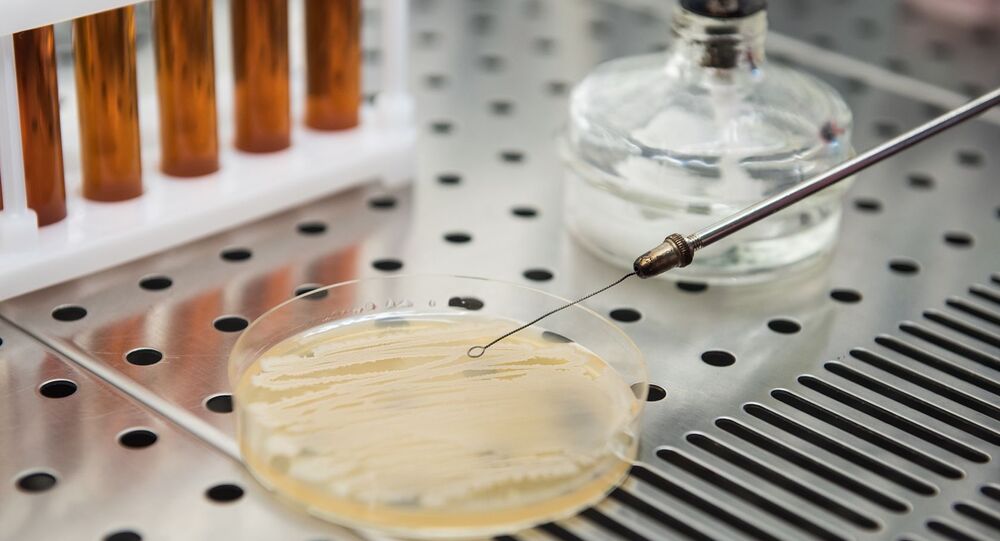 Russian Scientists Figure Out How to Fight Salmonella With Probiotics

Scientists at Don State Technical University (DSTU), as part of an international research team, have proven the effectiveness of Bacillus subtilis and Bacillus amyloliquefaciens probiotics against Salmonella bacteria.

According to research, the study will make it possible to develop a new method of preventing salmonellosis in birds and humans. The results are published in the Frontiers in Microbiology journal.

The research team included: student at the School of Environmental and Biological Sciences at Rutgers University Mahtab H. Tazehabadi; Professor in the Department of Biotechnology at Diyala University Ammar Algburi; Senior and Chief Researcher at the Laboratory of New Biologics at DSTU Vladimir Chistyakov; Head of the Laboratory of Experimental Mutagenesis at SFedU Evgenia Pestnova; and PhD student at the Department of Food Science at Rutgers University Richard Weeks.

Salmonellosis is a foodborne infection caused by a group of bacteria of the genus Salmonella. The main carriers of these bacteria are wild and domestic birds. The infection is transmitted to humans through food - meat or eggs - of a sick animal. The first signs of the infection in human are weakness, fever, diarrhoea, and nausea. However, the infection can be much more severe and life-threatening.

The DSTU scientists began their research by studying the effect of probiotics (ed. note - beneficial bacteria) on changes in the state of the microbiota (ed. note - all microorganisms inside a body) of the chicken, as the bird is less susceptible to salmonella.

During the experiment, the scientists demonstrated that Bacillus subtilis and Bacillus amyloliquefaciens probiotics can stop the formation of biofilms (ed. note - a form of bacterial existence that creates a defence mechanism against antibiotics) of pathogenic microorganisms that contribute to the infection of organs. Furthermore, probiotics had a positive effect on the chicken's body - they increased its body weight, as well as productivity and enhanced its immunity.

"We have shown that the formation of Salmonella biofilm on streak plates is inhibited by probiotic bacteria via a unique interbacterial interaction called quorum sensing. At the same time, the antibiotics used in clinical practice are not able to fully resist biofilms", Igor Popov, chairman of the "Biomedicine" association of young scientists at DSTU said.

At the moment, the scientists need to determine the effectiveness of probiotics in animals, as evidence-based medicine requires. Clinically significant effects also have to be identified.

The research on inhibiting Salmonella on streak plates was carried out at the Health Promoting Naturals Laboratory at Rutgers University. The "Veterinary probiotic medications for targeted modulation of the health of animals" mega-grant of the government of the Russian Federation became the source of funding, received by DSTU in 2019.

The head of the mega-grant is Mikhail Leonidovich Chikindas, professor at the Department of Food Science at Rutgers University, professor of microbiology, and head of the Research Laboratory of DSTU.