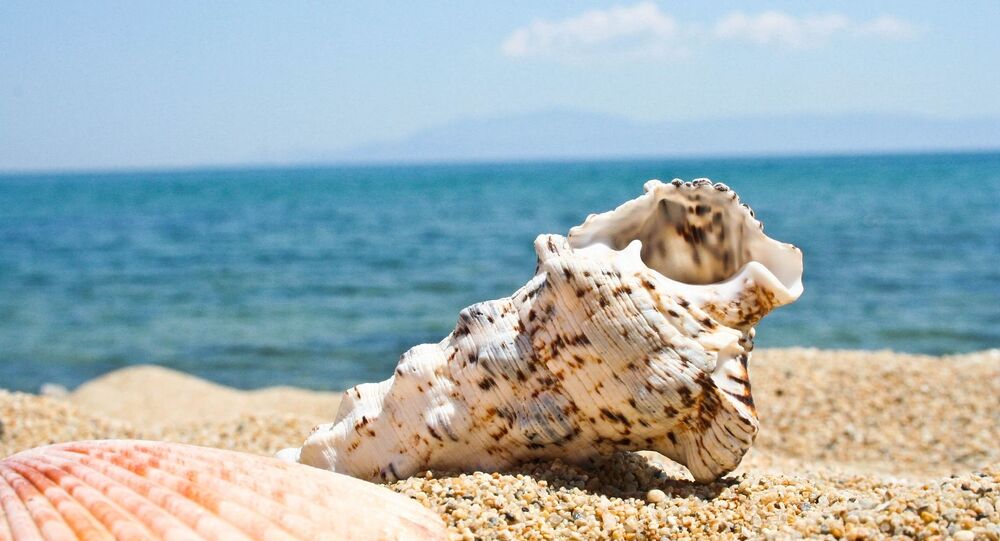 The conch shell was discovered in 1931 in Marsoulas Cave in the French Pyrenees. Back then, researchers assumed it was used as a ceremonial cup and it has spent 90 years on display at the Natural History Museum of Toulouse.

French archaeologists have discovered that an ancient conch shell is actually a musical instrument which had been used by prehistoric humans in ceremonies. According to the study published on 10 February in Science Advances magazine, the scientists stumbled on the finding by chance. During the inventory one of employees of the museum noticed a peculiar detail – several holes in the shell.

After assembling a 3D model of it, the archaeologists noticed even more details – the shell’s apex was broken off and a portion of its outer lip was chipped away. After further examination scientists came to conclusion that this was not an accident but the result of deliberate work and that the shell was used as an instrument.

The researchers then decided to discover whether it still functioned and invited a horn player.

"Hearing it for the first time, for me it was a big emotion — and a big stress," said archaeologist Carole Fritz.

Carole feared that the horn player would damage the 12-inch shell during the test - after all it is 18,000-years old. However, the conch passed the test with flying colours. It produced a C, C-sharp and a D.

"I needed a lot of air to maintain the sound", said Jean-Michel Court, the musician who performed the demonstration.

Julien Tardieu, who studies sound perception, said the instrument was probably used during ceremonies or to gather people, pointing out that caves tend to amplify the sound. "Playing this conch in a cave could be very loud and impressive," said Tardieu.

Margaret Conkey, who was not involved in the research, said the finding shows that life of prehistoric humans was "much richer and more complex than just stone tools and big game."

The discovery makes the seashell one of the oldest known musical instruments. Although seashell horns have been found in other parts of the world such as Peru or New Zealand, they are not as old as this one.

Scientists say they plan to examine the shell’s 3D model in order to find its range of notes. They hope that one day they will hear the instrument inside Marsoulas Cave, where it was discovered.