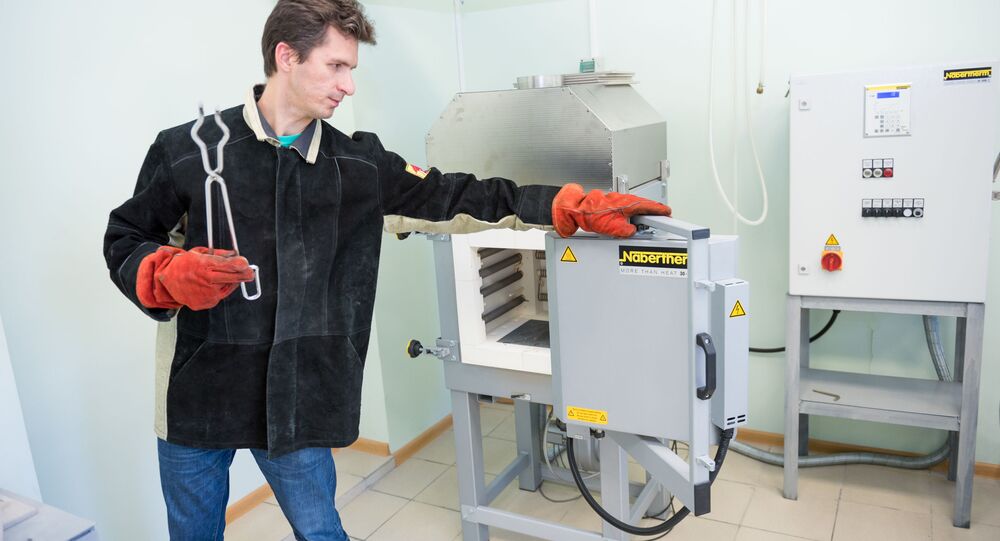 New Technology to Boost Strength of Metals for Mechanical Engineering

Scientists at Moscow's National University of Science and Technology MISiS (NUST MISiS) have managed in cooperation with their French colleagues to increase by seven times the strength of titanium and stainless steel products.

According to the authors of the study, they have succeeded for the first time to combine two metal-working techniques that were considered incompatible, and thereby achieved a dramatic improvement in material properties.

The results were published in the Surface and Coatings Technology Journal.

Many industries in the production of critical, highly stressed products require metals with improved properties such as higher density and strength, ductility and corrosion resistance. Hot isostatic pressing (HIP) is now widely used for this kind of processing, according to experts.

However, the densification effect of the HIP has not yielded serious results in the processing of materials produced by the popular cold gas dynamic spraying (CGDS) before. According to scientists, this technology is now becoming one of the key technologies for the aerospace, automotive, electrical and medical industries, as it enables unique products with a given structure to be "grown".

Scientists at NUST MISiS were the first in the world to find metal processing parameters that make it possible to combine the effects of both techniques, thus dramatically increasing the useful characteristics of the materials produced.

"We have applied HIP-treatment to materials that were previously not recommended for this kind of processing because they have a loose surface due to the porosity of the material. By by applying a thin coating of the same metal to the friable product in a special way, we have obtained a kind of airtight capsule that allows the successful application of HIP".

"This treatment more than halved the porosity; the compressive strength was increased by 25 percent and, most importantly, the tensile strength significantly increased," Vladimir Cheverikin, a senior researcher at NUST MISIS Centre for Materials Thermochemistry and head of Additive technologies for the manufacturing industry PhD programme, said.

For example, the tensile strength of stainless steel and pure titanium increased by almost seven times. The most impressive results were obtained for the titanium-aluminium alloy Ti6AL4V, resulting in a roughly 28 times increase in tensile strength. The improvement of mechanical properties is explained by material diffusion and microstructure changes, the scientists explained.

The research included scientists from the University of Lyon (France). Based on the results, the team plans to develop new materials for the medical industry.