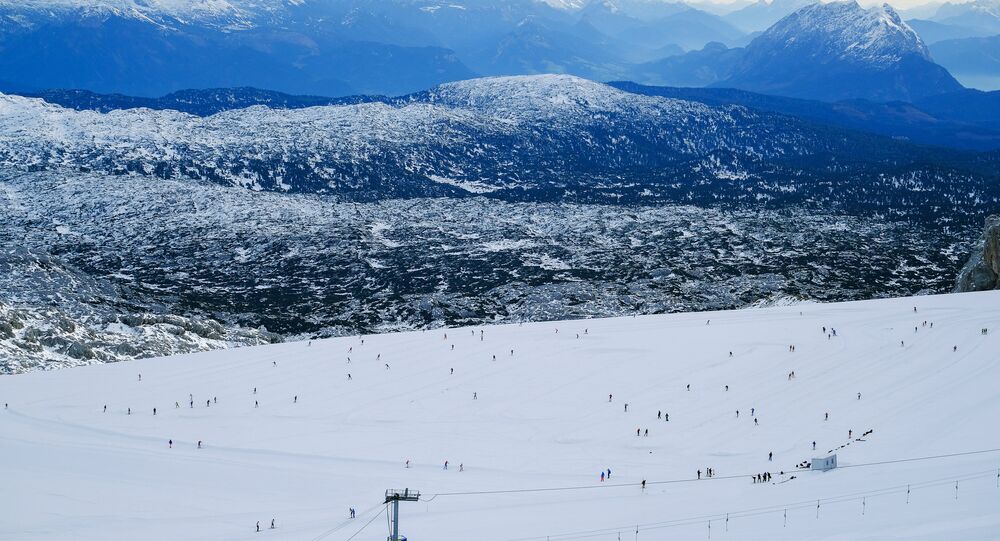 Cracked Mountain in Alps May Collapse Any Time, Researchers Warn

Hochvogel, a nearly 2,600-metre summit in the Allgäu Alps, where the national border between Germany and Austria runs, has long been known to be divided by a huge fracture that continues to grow from year to year.

A team of researchers has worked out certain regularities in the tectonic movements in the area around the mountain Hochvogel in the Alps.

In particular, they arrived at an effective method of monitoring a giant fracture that cuts through the 2,592-metre-high summit. It is called a seismic approach, and with the help of it, “we can now for the first time sense, record and process this cyclical phenomenon continuously and almost at real time", says Michael Dietze, the lead author and post-doctoral researcher at the GFZ Helmholtz Centre Potsdam.

The abstract of the research paper has been published in the journal Earth Surface Processes and Landforms.

During the summer of 2018, the scientists, seismologists among them, managed to measure a recurrent sawtooth-like frequency pattern. More specifically, over a period of five to seven days, it rose repeatedly from 26 to 29 Hertz, before dropping back to its original value within the next couple of days.

The rise in frequency was found to be caused by a so-called stress increase within the rock mass. As the frequency drops, the sensors also recorded an increased rate of crack cues, as they are known to happen when rock is being torn apart.

This cyclical increase and decrease of stress by jerky movement is also called stick-slip motion - something considered to be a typical precursor of large mass movements.

The decisive factor here is that the closer such an event approaches, the shorter the observed cycles become, making them an important indicator of possible hazards.

The fracture that splits the Hochvogel summit into two parts is five metres wide and thirty metres long; and what is worrisome is that it continues to expand by up to a half centimetre per month.

In recent years, the southern part of the mount has subsided by several metres, and at some point it will collapse in the form of a landslide, researchers fear, releasing up to 260,000 cubic metres of limestone debris down into the Hornbach Valley in Austria.

Large rock failures happen time and again, playing a pivotal role in the long-term evolution of landscapes. As they can occur in the twinkle of eye, progressing at a high speed, studies of their precursors have long had special attention paid to them.

Swedish Princess Estelle,7, Breaks Her Leg While Skiing on Holiday in Alps

Lift, Not Bulldozer: The Secret of Alps' Creation Tackled by New Scientific Theory

What Else You Got, 2020? Pink 'Watermelon' Snow Spotted in Italian Alps