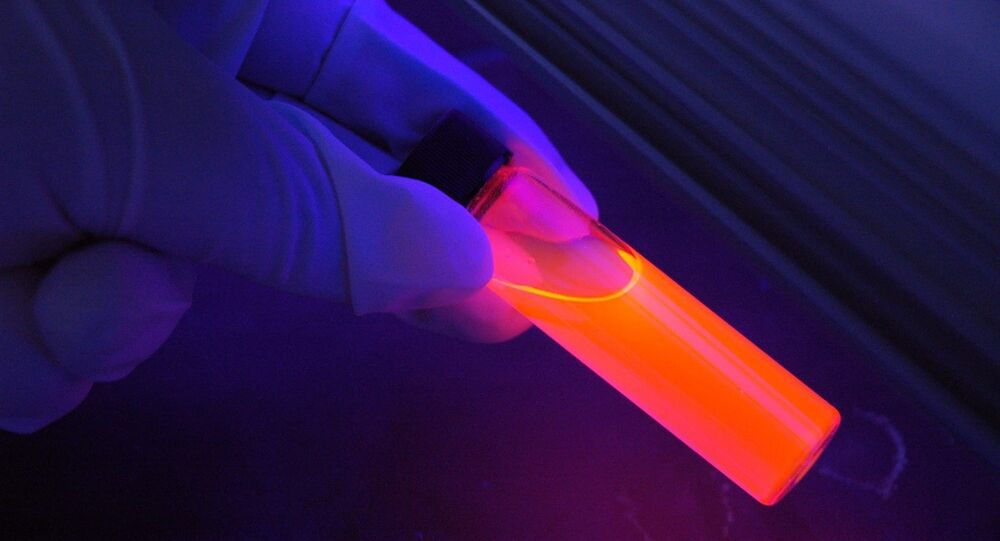 Scientists from Russia's National Research Nuclear University MEPhI are the first to have managed  to "teach" a neuronet how to search and analyse nanoparticles with the help of a microscope.

The neuronet "teaching" method they proposed will make it possible to say no to the manual processing of microphotographs, which will boost the speed and quality of analysis of new nanomaterials many times. The research findings have been published in the journal Ultramicroscopy.

In order to teach a neuronet to fulfil this or that task, it is essential, as explained by the scientists, to "feed" it a massive batch of already-solved ones. Such educational samples are usually made by people - so-called data taggers. Dozens of thousands of tagged photos are needed "to teach" the network to analyse images, which, researchers say, is quite problematic for a string of narrowly specialised, scientific tasks.

One such domain is analysis of data on nanoparticle microscopy, with no convenient tools having so far existed. Research by scientists from National Research Nuclear University MEPhI showed that it is possible in effect to "teach" neuronets to analyse images from a scanning electronic microscope (SEM) without tagging real microphotographs by hand, but rather generating images that imitate them on a computer.

"An SEM, which relies on a  bunch of electrons instead of visible light, is used when studying nanoparticles, synthesised for medical and other purposes. Analysis of SEM snapshots consists in detection of particles and their distribution according to their size. Neuronet approaches are underdeveloped in this sphere, and conventional methods of processing images do not provide the needed quality," explained Alexander Kharin, a specialist at the Institute of Engineering Physics for Biomedicine, MEPhI.

Both – the analysis of microphotographs and their tagging for neuronets – are usually conducted manually: a scientist circles every particle and measures it. There can be several thousand of them in one snapshot. The existing architectures of neuronets make it possible to analyse such images, so that the problem is, according to scientists, the insufficient amount of tagged  data.

According to the researchers at MEPhI, it was discovered that it is possible to draw nanoparticles - bearing in mind their texture in real microphotographs - from open-source databases of photos made by a scanning electronic microscope. In this case, it will be known for sure where particles are located in every generated image and what size they are.

"Such an approach was used to solve certain tasks, for instance, to  'teach' unmanned cars; however, it turned out that it is not that easy to draw photorealistic and  sufficiently variable images. Yet, if applied to the SEM, such an approach is fully justified: a neuronet 'taught' through  drawn images, operates efficiently on real snaps as well," Kharin added.

The results of the research will render it possible to automate  the processing of snapshots with an SEM, having brought about a revolution in standard methods of looking into new materials, the scientists believe. This will help not only to cut the time of research, but increase the number of analysed particles – from hundreds to tens of thousands.

Throughout the research, a neuronet with the architecture RetinaNet was used. Later on, the scientific community is set to use the same approach to classify nanoparticles in terms of their shape. It is also completely manual work so far.