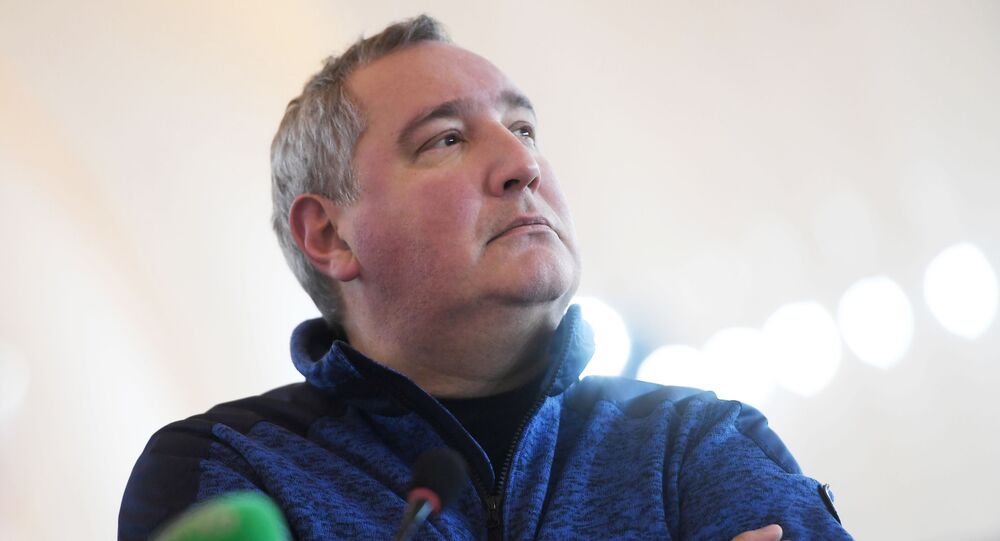 MOSCOW (Sputnik) - A faulty detail from suppliers was discovered in Russia's Soyuz-ST-A rocket at Kourou spaceport, but emergencies were prevented thanks to the incorporated control system, Dmitry Rogozin, the head of Russia's State Space Corporation Roscosmos, said on Tuesday.

"The 'faulty valve' would be launched with the rocket, and it would return to Earth being just a heap of mishap metal, that would be the problem. There are always some flaws, but in our case, they cost too much. Happily, the low-quality detail was timely detected by the quality control system. However, in general, I do note a sharp decline in our suppliers' responsibility and quality of their work," Rogozin wrote on Facebook.

On Monday, a source in the space industry said that a faulty valve was discovered in a booster of the Soyuz rocket. The source said it would be replaced before the launch, scheduled for Sunday.

The valve checks are the reason for the delay of the launch of Russian satellites Gonets. Instead of 28 November, their launch was tentatively rescheduled for December 3.

© Photo : NASA/Roscosmos
ISS Crew Successfully Patched Crack in Russian Module, Roscosmos Confirms
Falcon Eye-2 was expected to launch in early March, but there was a delay due to issues with Fregat M upper stage, which had to be replaced. There were then some issues with the backup upper stage as well, which pushed the launch date to November.

Falcon Eye-2 reconnaissance satellite was made in Europe for the UAE. The launch of Falcon Eye-1 failed in July last year, because of the incident with Europe's Vega rocket.