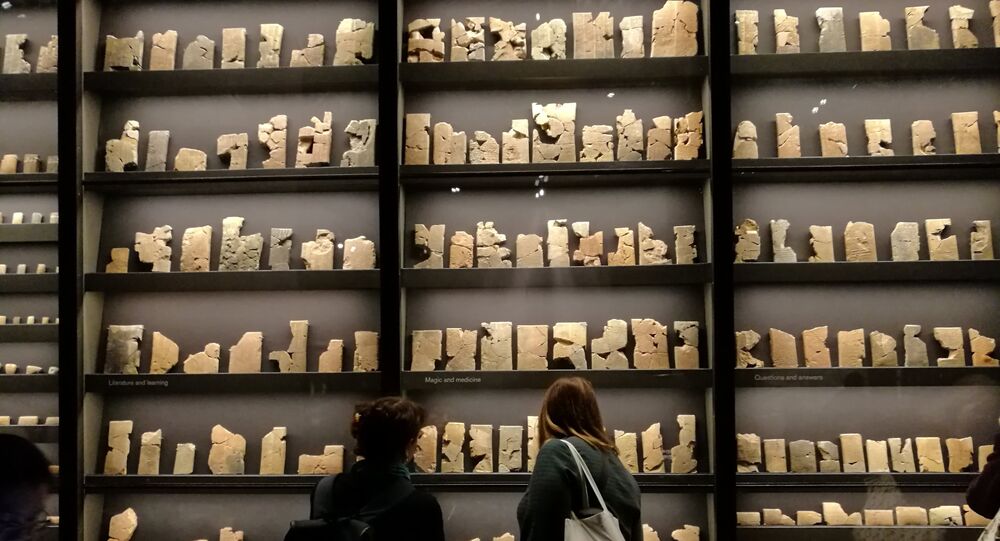 The researchers reportedly believe that the use of AI can be of considerable use to linguists and archaeologists striving to restore fragmentary texts.

A group of Israeli scientists has managed to come up with a method to decipher cuneiform texts inscribed on ancient fragmented clay tablets via the use of "recurrent neural networks", local newspaper Haaretz reports.

The research team, led by Shai Gordin at Ariel University in the West Bank, has trained their neural network on around 2,000 Late Babylonian texts dating back Achaemenid period, since these texts are plentiful and "very formulaic", and then checked whether the system became capable of completing "sentences it didn't know before".

The team's creation "proved capable of identifying sentence structures" and even "did better than expected in making semantic identifications on the basis of context-based statistical inference", the newspaper notes, citing Gordin.

The scientists now believe that the use of artificial intelligence can become a considerable boon to linguists and archaeologists who work on restoring fragmentary texts, saving them quite a bit of effort.