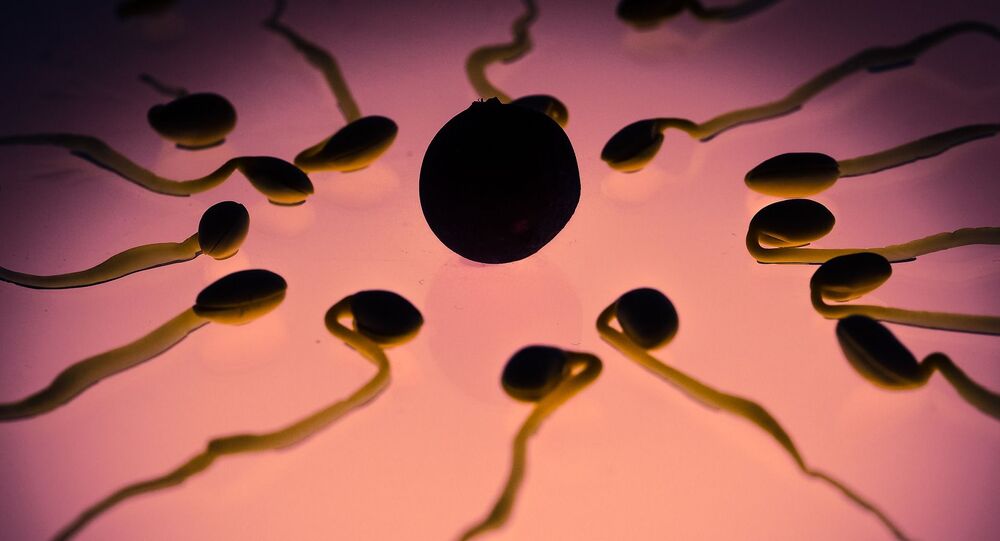 It is widely known by scientists that some living beings simply do not require the actual act of fertilisation to reproduce - and this has nothing to do with the doctrine propounded by Christians to explain the birth of Jesus Christ from his virgin mother.

It is not unusual for tiny spineless animals, known as invertebrates, to resort to contactless procreation from time to time. Among those that have a backbone, this behaviour has mainly been spotted among fishes and reptiles - although it is still quite rare.

According to researchers, this pattern of mateless, or asexual, reproduction may especially occur among those creatures that are in captivity and thus are anxious to save their kind from extinction – by any means.

One of the most famous cases of parthenogenesis (virgin birth) among vertebrates was recorded in the United States, when in 2001 an adult female bonnethead shark from the Sphyrnidae family, which was living in a zoo in Nebraska, gave birth to a little pup. The offspring was later killed by another fish in the aquarium - but that's not what the zoo-keepers cared about most back then; rather it was the fact that the shark had not been in contact with any males for three years before the miracle birth.

Scientists suggested at that time that the shark had stored up sperm from sexual activity a long time before that enabled it to reproduce. It was only many years later that genetic evidence confirmed that no males were involved in this act of reproduction. Instead it was the shark’s body being kept in captivity that led to parthenogenesis in a bid to save its species from extinction. Apparently, she had been waiting for the right male shark to come for too long.

Similar cases were reported among zebra sharks, as researchers became puzzled by an unusual instance of two female fishes – mother and daughter – living in Townsville’s aquarium. Both laid down eggs when living in the same tank and despite being separated from male sharks.

Parthenogenesis was the only possible explanation for the daughter shark's “pregnancy” when it had never been kept next to reproductively mature males. In the case of the mother, aquarium staff first suggested that it was possible that a sperm storage was again the cause of such late reproduction.

However, it was later revealed, that three pups that hatched out from the older shark’s 41 eggs, which she laid down after several years of single life free of any male encounters, were also the result of parthenogenesis. The shark apparently “switched between sexual and parthenogenetic reproductive modes quickly”, which was triggered by two years of separation from the partner, the scientists later revealed. Meanwhile, the daughter shark apparently decided to resort to asexual behaviour even without any introduction to mating partners.

This type of reproduction has also been spotted in nature among stingrays, snakes and boas. Among mammals, attempts to create new offspring from those belonging to the same sex were mostly initiated by scientists. Both Japanese and Chinese researchers attempted to get two mice of the same sex to breed.

In one of the latest experiments of this kind reported by Cell Stem Cell, scientists indeed managed to get two female mice to reproduce. These fatherless mice were not very healthy but still able to move and lived much longer lives than those which came out from the fusion of embryonic stem cells of two male mice. Motherless babies could not even breathe properly and died soon after the experiment. Male parthenogenesis has not been much welcomed in a wild nature either.