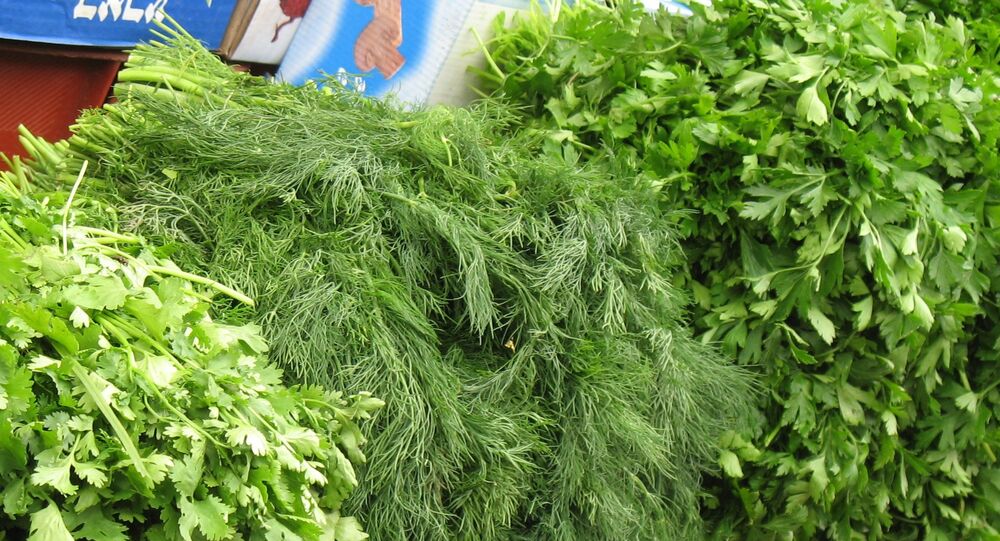 Last month, British political and cultural magazine New Statesman ran a story about Russians’ incredible love for dill, and cited a “legend” about its incredible popularity among cosmonauts, who supposedly specifically request for the herb to be sent up to them during space flights.

Russian and Soviet cosmonauts have never specifically requested for dill to be sent to space stations, and the herb is not included in the list of fresh foods delivered to cosmonauts, Dr. Alexander Agureev, a veteran expert in space food and head of the nutrition department at the Russian Academy of Sciences’ Institute of Biomedical Problems, has said.

“I don’t know anything about dill. Nothing about it has been mentioned in any decisions [on the delivery of food to Russian cosmonauts],” Agureev emphasized, commenting on New Statesman contributor Lisa Haseldine’s recent piece about the Slavic world’s obsession with dill, and the “legend” that Russian cosmonauts specifically request it for space flights “thanks to its anti-flatulent properties.”

“We have a list of food items which are included in the list of fresh vegetables and fruits. We even don’t send cucumbers, because they spoil easily. Tomatoes, onions, garlic, oranges, grapefruits [are sent]. Tangerines aren’t because they don’t make it in a good state. But there was never any dill,” Agureev recalled.

The academic says he cannot remember a single instance of requests to send dill to space by Russian and Soviet cosmonauts going back to 1968, when he began working in the field of space food (the world’s first space station, the USSR’s Salyut 1, was launched into orbit in April 1971).

© Sputnik / A. Sherbakov
Model of the docking of the Soyuz-11 spacecraft with the Salyut-1 space station. 1971.

Dill has been grown in space stations, including Salyut 6 and the International Space Station, on an experimental basis in the past as part of studies into space farming. In a 2017 book, American astronaut Scott Kelly mentions eating dill as a way of preventing space flatulence. Otherwise, it’s not clear where the New Statesman contributor got her information.