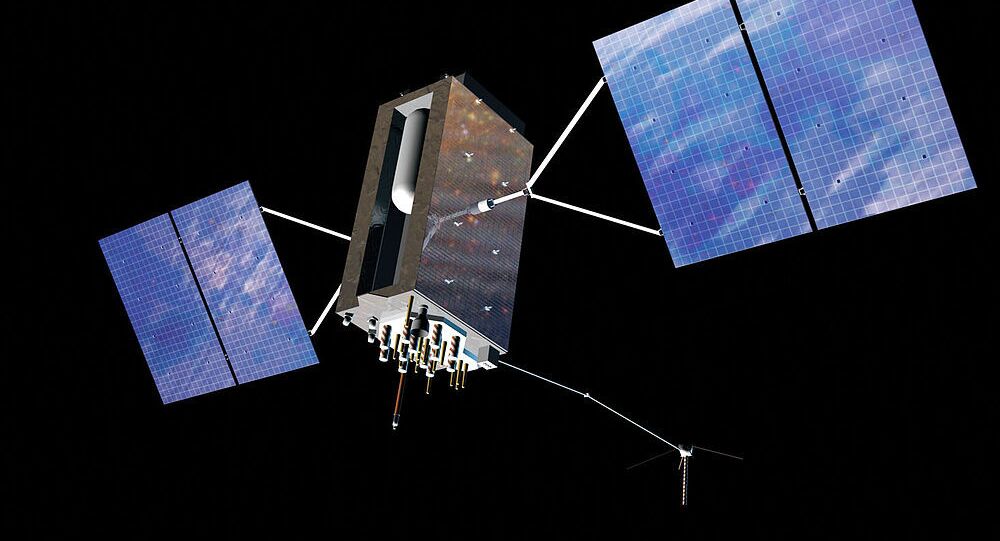 The Orbiting Geophysics Observatory 1 satellite was launched in September 1964 to scan Earth's magnetosphere. The orbits of its sister spacecraft have long since decayed, and fallen back to Earth, burning up in the atmosphere upon reentry.

A 500-kilogram spacecraft, the Orbiting Geophysics Observatory 1 (OGO-1), will fall from the sky this weekend, according to a Thursday statement from NASA.

OGO-1 will make re-entry at about 5:10 p.m. US eastern time on Saturday and is expected to burn up harmlessly in the atmosphere.

NASA predicts it will fall over the region of the southern Pacific Ocean, approximately halfway between Tahiti and the Cook Islands, but will disintegrate in the atmosphere long before it can strike the surface.

"OGO-1 is predicted to reenter on one of its next three perigees, the points in the spacecraft’s orbit closest to our planet," a NASA statement said.

The vehicle was launched in September 1964 as the first of a series of six satellites designed to study the Earth's magnetosphere — the region of space surrounding Earth controlled by the planet's magnetic field.

The satellite sent data back until 1969, after which it was placed in standby mode. The other OGO spacecraft have long since fallen into the atmosphere after their orbits decayed.

NASA said its Near-Earth Object Observations project will continue to track OGO-1 to confirm its reentry time and location, and to check the accuracy of its methods for tracking and predicting the impacts of natural objects on the Earth’s atmosphere.

There are an estimated 170 million pieces of 'space junk' orbiting the Earth at speeds of over 27,000 kph, posing a hazard to the roughly $700 billion worth of functioning satellites, International Space Station, and other spacecraft hurtling around the planet.