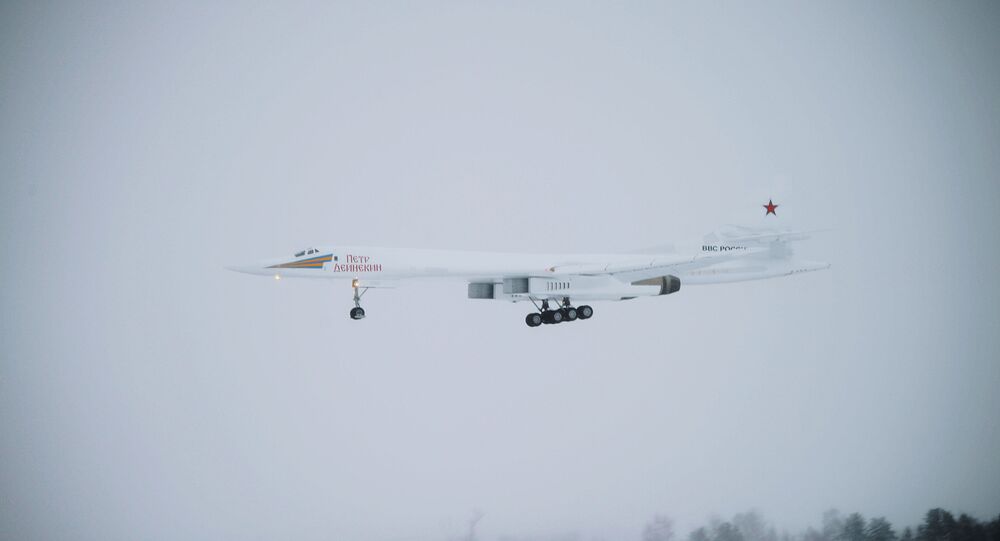 The International Military-Technical Forum “Army-2020” starts next week at the Kubinka Air Base and Alabino military training grounds near Moscow.

These incredible high-quality videos show the two biggest warbirds of the Russian Air Force coming in to land right over the camera operator’s head.

The noise of the four 15,000-horsepower turboprops that power the Tupolev Tu-95MS is deafening as it roars overhead and touches down.

The MS model of the Tu-95 – designated “Bear” by NATO – is the latest update of the near-70-year-old design, adapted to carry cruise missiles for stand-off attacks.

A second video shows the Tu-160 “White Swan” gliding in to land.

Dating from the last years of the Cold War, the Tu-160 is bigger than the Tu-95 but is capable of flying twice the speed of sound.

The type saw action in the Syrian conflict and is now being upgraded to the M2 standard with radar-absorbent coatings, more powerful and fuel-efficient engines and improved countermeasures against anti-aircraft missiles.